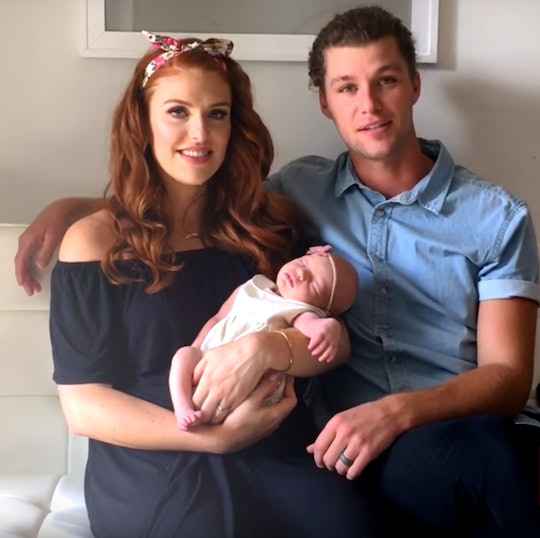 Two 'Little People Big World' Stars Are On To Other Projects

If you’re a fan of Little People, Big World, you know that the Roloff family has been a huge part of the show. Audiences have watched Matt and Amy Roloff’s family grow throughout the years, but now after 14 years on the series, their son Jeremy has decided that it’s time for his family to leave the show. Fans are understandably upset, with many now wondering, why are Audrey and Jeremy Roloff leaving Little People, Big World?

In an Instagram post, Jeremy revealed that only he and and Audrey are leaving the show with their one-year-old daughter, Ember, while the rest of the Roloff clan will continue to stay on the show. While he didn’t give a detailed reason as to why he was leaving, he did explain that the “time has come” for his family to leave the show, saying he had already decided to leave last season. “A year ago I made the decision that this season would be our last,” revealed Jeremy, “We have a lot of exciting stuff in the works and are eager to continue the work that the Lord has called us to.”

He also added that he is going to continue to support the rest of the family’s journey on the show, and it looks like the family is just as supportive of his departure. In the comments section of his Instagram post, his mother Amy responded “the Lord has called you for a mission and I'm excited to see what he will continue to do in your lives,” adding, “It's time to move on... for all of us to move on in one way or another.”

While it isn’t clear exactly what the future holds for Jeremy and Audrey, if you take a look at their Instagram pages, you'll find that they are active bloggers, and have been promoting their own brand, Beat 50 Percent. According to the website, the blog aims to help people have "better than average marriages" while "giving more than 50 percent to your spouse."

While the show has been a huge part of their lives, Jeremy and Audrey have been keeping busy with their own projects for a while now. As a couple, they have been huge advocates for Biblical marriage, and have even created a marriage journal called Navigator’s Council which is available through their Beating 50 Percent website. On their blog's Instagram page, the two announced that they were writing a book about their love story from dating to marriage — including their successes and failures — to help other couples their age “prepare more for their marriage than their wedding day.”

While some fans of the show are excited to see Jeremy and Audrey venture on to something new, some are just really sad to see them go.

Audrey hasn’t been in the public eye as long as Jeremy has, but in a post on her Instagram page, she said that she still had some of her biggest life moments unfold on the show. “Know it’s been a shorter run for me (for Jeremy it’s been 14 years), but I’ve shared some pretty big life moments on #LPBW - getting engaged, our wedding day, the launch of @beating50, three moves, a remodel, finding out we were having a baby girl, and becoming a new mom,” she captioned next to a picture of the couple on set. “We are forever grateful for the run we’ve had, but excited to focus on what we feel the Lord is calling us too.”

So, exactly why the couple left is still not known, but it is possible that they are just hoping to put all their focus into their personal and professional ventures. After spending almost half of his life on television, I’m sure Jeremy just felt like he needed to move forward and on to bigger and brighter things.