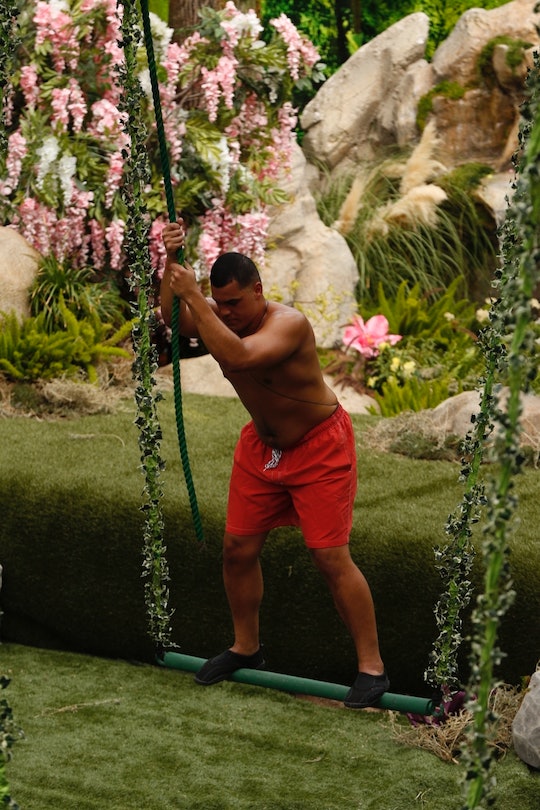 It's only Week 2 in the Big Brother house and there's already been tons of drama going on throughout Season 19. One feud that has risen to the forefront recently is the one between Cody and Josh. So why are Cody and Josh fighting on Big Brother 19? It all began with the first live eviction.

While Cody was Head of Household he decided to take a big swing and attempt to backdoor Paul, not knowing that Paul was tempted by America and received the Pendant of Protection, keeping him safe for the next three evictions. Cody then decided to nominate Christmas, making his final nominees Christmas and Jillian. Cody's alliance was shocked by this move because Christmas was on their side of the house.

Regardless, Cody didn't apologize for his choice and instead he and Jessica rallied to get the votes so that Jillian would stay and Christmas would be sent home. Josh teetered on both sides, telling Christmas he was with her 100 percent, but also telling Cody and Jessica that they had his vote. In the end, Josh decided to vote against Jillian, and though Jillian would've gone home anyway since Kevin also flipped his vote, it was Josh that was met with Cody's wrath.

After the live eviction, Josh went to Cody and Jessica to try and explain himself but Cody and Jessica weren't having it. Cody told Josh to just drop it and leave them alone, but Josh kept trying to speak. This resulted in Cody now infamously saying that all Josh does is make "victim noises." Fans still aren't sure what that means, but it's now been adopted into the Big Brother vernacular.

Josh was left feeling very upset and then very angry. He happily went up as the pawn this week, excited to see Cody finally get what Josh feels he so deserves. Therefore, at the veto ceremony this week, Josh didn't hold back when Paul asked him why he should use the Power of Veto to save Josh. Rather than make a case for himself, Josh instead used the time to explain why he was so happy Cody's finally leaving.

Josh also took some jabs at Jessica, questioning why she was even with Cody. Of course, neither Cody and Jessica were pleased. On Thursday's new episode, you can see what else happens between Josh and Cody after the veto ceremony takes place.