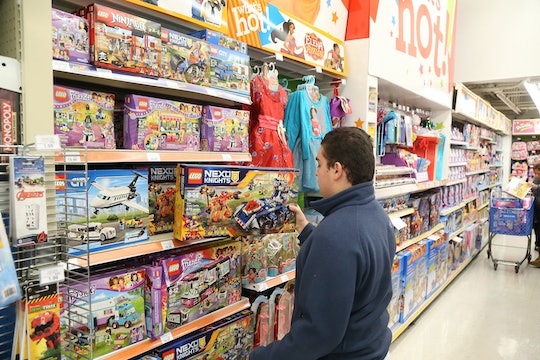 Why Are Hatchimals So Popular With Kids? It's The Latest Craze

Every holiday season there seems to be a new "it" toy. Parents know this all too well — the must-have-or-else-I'll-be-miserable toy that their kids set their eyes on during the holidays. But unfortunately, as is usually the case, many other kids have the same feelings, so, as a result, the "it" toy becomes hard to find. And for this holiday season Hatchimals have been quickly shaping up to be the leading toy craze. So, why are Hatchimals so popular with kids? If you haven't heard about Hatchimals, I'm sure it's only a matter of time.

Hatchimals are toys that have furry creatures that self-hatch themselves inside of a toy egg. It's always subjective to pinpoint what exactly causes certain toys to lead such a craze. Perhaps in this case it's the interactive aspect of the toy? (Users have to tap and rub the egg in order for it to hatch.) Or maybe it's the suspense of the self-hatching feature — or the creature's ability to learn to walk and talk after it's hatched? Whatever the reason, Arizona brothers Mike and Stan Zappa, who bought $5,000 worth of Hatchimals, are cashing in by selling the hard-to-get toys on eBay.

When Mike Zappa's 10-year-old daughter told him she was wanting a Hatchimal back in early October, he got the idea that these furry creatures may be a big hit closer to the holidays, he told CNN.

He and his brother then bought every Hatchimal available from six nearby Barnes & Noble stores — that was $5,000 worth of furry creatures. And now since, as it usually goes, Hatchimals are selling out from retailers, the Zappa brothers have been successfully selling the toys on eBay, with people bidding as high as $200, CNN reported.

"We took a big risk with our money and we were right," Mike Zappa said. "People are bidding as high as $190 to $200 for these... the market value will only go up closer to Christmas." Mike Zappa told CNN that they list the Hatchimal for the original price on eBay, which is $60.

The risk has apparently paid off, which was a surprise to the brothers' family. In an interview with local NBC 12 News in Arizona, Mike Zappa said: "Our family thought we were crazy... our own father called us an idiot."

It seems one can never truly underestimate the power of a "it" toy during the holidays. But it's not all profit for the Zappa brothers; NBC 12 News reported that they are giving three of the coveted Hatchimals away. They've asked people to share their stories and pictures on a Facebook page dedicated to deciding on who to gift a Hatchimal. Judging by the many participants of parents and family members sharing their stories, it's clear that many kids and their parents are still hoping to land a Hatchimal for the holidays.