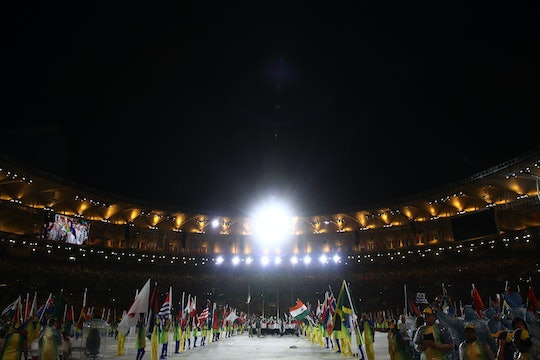 Why Are Men's Marathon Medals Given At The Closing Ceremony? It's Tradition

In a fact sheet, the International Olympic Committee explained:

After the athletes’ parade, a medals ceremony is held. The IOC, with the help of the OCOG, decides which event will have its medals ceremony during the Closing Ceremony (for the Summer Games, it is generally the marathon).

Apparently, the final medals ceremony is simply part of the Olympics' development over time, and has become tradition over the years. "The protocol and splendour of the Olympic ceremonies, which go hand-in-hand with the celebration of the Games as everyone knows them today, make this event a unique and unforgettable festival," the International Olympic Committee wrote in their closing ceremony explainer. They added:

In fact, some of the elements of Olympic protocol that have become a part of today’s traditions were only gradually established over time through a series of adaptations to the ceremonies of early editions of the Games.

Including only the men's marathon at the closing ceremony is probably a throwback to the original Olympic Games, so it makes sense from a traditional standpoint. However, the Olympic Games have come a long way in their gender equality over the years (though they still have much further to go), and it seems like the winter Olympics have managed to display both men and women's medals at the closing ceremony pretty well.

Maybe in Tokyo we'll see women take the podium during the closing ceremony — or maybe both female and male marathoners could take the stage. It'd be a nice touch to help round out the Olympics.