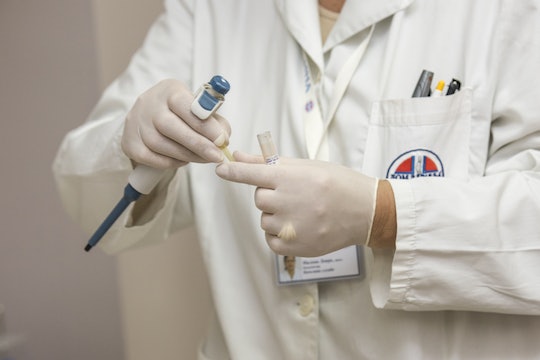 Why Are People Anti-Vaxx? 7 Common Reasons

Few current topics are more divisive than the safety of vaccines. Parents who are against vaccinating their children, or anti-vaxxers, may be confusing to those who favor the benefits of herd immunity. So if you’ve ever wondered why people are anti-vaxx, here are a few common reasons.

Anti-vaxxers are often concerned about the potential side effects of the numerous vaccinations that babies receive. Distrust of the pharmaceutical industry, as well as a preference for a more “natural” lifestyle, are also common components of the movement. However, the anti-vaxxer’s desire to prevent potential negative consequences in their own children may lead to major health concerns for many people.

According to Mother Jones, many states allow parents to opt out of vaccinating their children based on personal beliefs, religious beliefs, or medical exemptions. However, as the leniency in vaccinations continues, the dangers of very serious diseases grows. As explained in the Huffington Post, a recent increase in the prevalence of measles and whooping cough is directly correlated to the refusal of vaccines. Both diseases are preventable with vaccination. So why do anti-vaxx parents continue to hold their ground despite the dangers of these major diseases? The concern for their children is understandable, but many of their reasons for opting out of vaccinations are not based on science.

More Like This
Why Your Vagina May Be Itchy After Sex & What To Do About It
Dealing With Postpartum Back Pain? Physical Therapists Share Their Tips
14 Recipes For Sick Kids When Everyone's Tired Of Canned Soup & Crackers
Does The FDA's Plan To Limit Lead In Baby Food Go Far Enough?
What Parents Are Talking About — Delivered Straight To Your Inbox