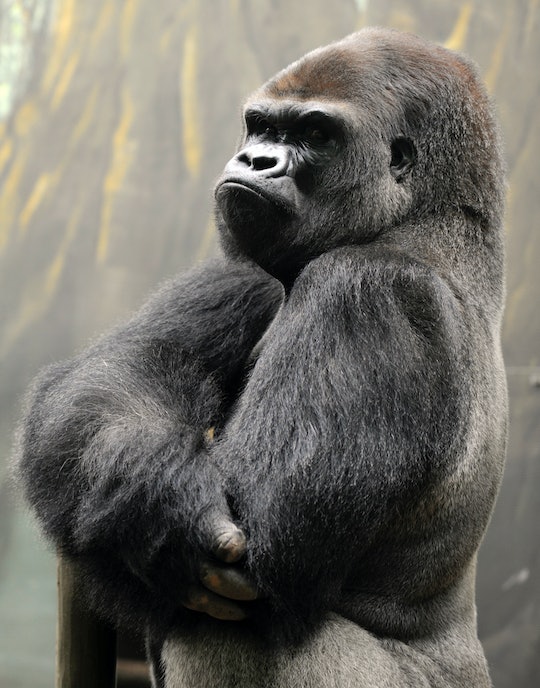 Why Are Silverback Gorillas Important? Harambe Won't Be Easily Forgotten

Cincinnati zookeepers' decision to shoot silverback gorilla Harambe in order to protect a child drew international criticism. While the zoo mourns the individual gorilla it had grown to love, the choice has larger implications. Why are silverback gorillas important? National Geographic reported they're the dominant males in troops of gorillas.

A boy visiting the Cincinnati Zoo on Saturday decided to get a closer look at the gorillas by climbing into their enclosure, according to CNN. Harambe encountered the boy and helped him get to his feet. But as onlookers grew louder in their response, he seemed to grow more aggressive. Ultimately, zookeepers decided to shoot the gorilla in order to keep him from harming the child. The gorilla's death drew strong criticism from those who believe zookeepers should have opted for a non-lethal response. Harambe is a western lowland gorilla, and the World Wildlife Fund reported that the species is critically endangered, meaning it's one step away from extinction with only about 100,000 individuals in the global population. Given their endangered status, it's particularly controversial to kill a gorilla who is supposed to be protected in captivity. The zoo argued it had no choice but to pursue the option it knew would be effective. Thane Maynard, the director of the Cincinnati Zoo, told CNN that the zoo's response had a lot to do with the fact that Harambe is a silverback.

A group of gorillas is called a troop, according to National Geographic. The leader of the troop is the silverback (recognizable because of their silver hair). All gorillas in the troop take their feeding, nesting, and navigational cues from the silverback. Though the leader is generally unlikely to be violent, he will display aggression when threatened; this can include roaring, charging, and even throwing objects. Associate director of Canada's Accredited Zoos and Aquariums Greg Tarry told The Huffington Post Canada that he believed Harambe's treatment of the 3-year-old human in his enclosure was an expression of silverback aggression:

When you watch a gorilla handle young gorillas, they actually can be very gentle. Even when it was standing over the child in the water, that's generally kind of a dominance thing.

Most often, gorillas aren't a threat to humans, according to BBC Earth; they often reserve violent behavior for conflicts with other members of their species. But if a silverback gorilla is provoked by a human, they may get aggressive. In the Cincinnati case, Harambe weighed 450 pounds, according to CNN. Zookeepers believed Harambe was a real danger to the child when he began to display his dominance given his strength and size. Whether it was ethical (and the only/best option) to shoot and kill the gorilla, though, is still up for debate.