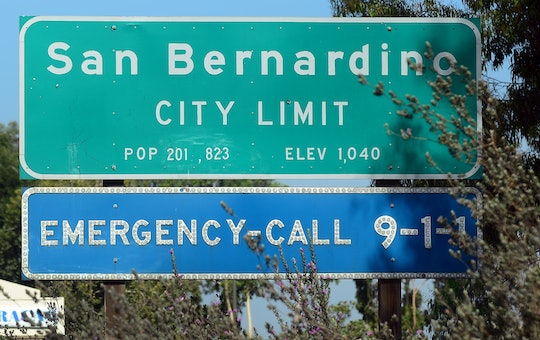 Why Are There So Few Female Mass Killers? There's Actually A Strong Psychological Reason

Even before police investigators began disclosing the details surrounding the horrific mass shooting that happened Wednesday in San Bernardino, California, we knew that history and statistics made it highly likely the perpetrator was male. When it comes to mass shootings in America, the culprit is a male 98 percent of the time, according to TIME. Why are female serial killers so rare? When news came out that one of the alleged shooters from San Bernardino was Tashfeen Malik, a woman, the news was met with an understandable degree of surprise. But why is this? According to experts, when women are involved in a mass slaying, it’s typically under a very specific set of circumstances.

The FBI defines a mass killing as the murder of four or more people, not including the shooter. By that standard, you’d have to go as far back as 2006 to find the last time a woman engaged in a mass killing in America. Her name was Jennifer San Marco and in January of that year, she shot her former neighbor in the head. San Marco then drove to work and killed six of her coworkers before committing suicide. A Psychology Today article on the pathology of female violence pointed out that, even though San Marco left no suicide note, her history of bizarre behavior (and possibly hearing voices) gave important clues into her mental state at the time of the murders.

Before San Marco, there hadn’t been a mass killing by a female perpetrator since 1980.

While San Marco may be an example of the “mentally ill perpetrator” we often point to in the wake of mass shootings, there’s a type of person far more likely to turn to gun violence — and that type of offender that tends to be exclusively male. They’re called “pseudocommandos,” and in a column for Psychology Today, psychiatrist Jodi Johnston defines them as “the type of mass murderer who carefully and methodically plans his actions and who kills indiscriminately in public.” While women may “snap” and unleash violence on friends and family members closest to them, a pseudocommando “comes prepared with a powerful arsenal of weapons, typically has no escape planned, and is pursuing a highly personal and well-thought-out agenda of "payback."”

Revenge and personal rejection tend to fuel the pseudocommando’s actions, which might also point to why they tend to be men. The male identity tends to be more vulnerable to slights and personal grievances than a woman’s identity. And when you add in the impacts of America’s all-pervasive culture of gun violence (that tends to target men), it’s little wonder that so few mass killings involve women.

In the wake of the most brutal mass shooting since Sandy Hook — and the first two-person killing team since Columbine — investigators are still struggling to understand what led a husband and wife to walk into an office park and open fire, killing at least 14 people and sending more than a dozen more to the hospital with a range of injuries. But it’s already clear that Tasheen Malik’s involvement in the brutal attacks have already made this an incredibly rare phenomenon.