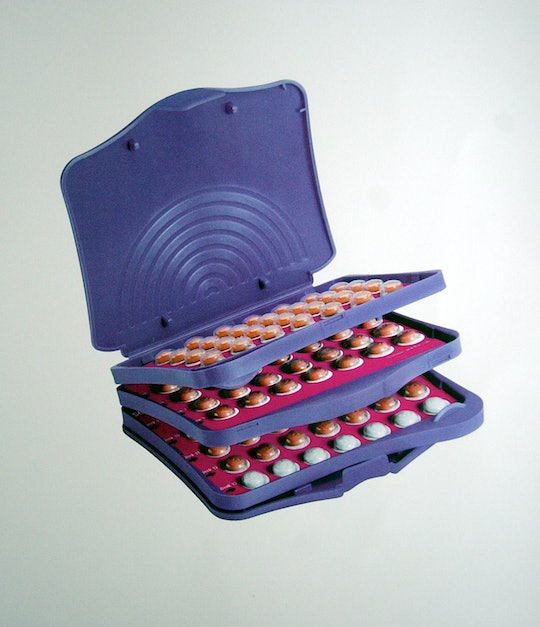 Why Are Women Taking The Pill More Likely To Be Treated For Depression? No Need To Panic

Once again, there's a scary study in the news, and this latest one claims to link hormonal contraception to depression. While the Danish study, published in JAMA Psychiatry, does show a correlation between taking the pill and being treated for depression, it's extremely important to remember that correlation and causation are not one and the same. Just like Lisa Simpson's rock doesn't really keep tigers away, hormonal contraception — even though it has that scary "hormone" word in it — may not actually be associated with depression.

Researchers analyzed the health records of over a million women ages 15 to 34 and found that those who used various forms of prescription birth control such as the pill, the patch, vaginal rings, and hormonal intrauterine devices (IUDs) were more likely to be prescribed with an antidepressant. Certainly, there are women in Denmark with untreated or undiagnosed depression, but by design, they're left out of the study, so we can't know what type of birth control, if any, those women might be using. And what of the women who don't go to the doctor at all? They're not getting any prescriptions, but that doesn't mean that none of them are suffering from depression. There are a lot of holes here.

Let's back up and look at the study's results in the simplest terms: women who were prescribed one medication were more likely to be prescribed another. Healthy, wealthy people who exercise regularly are more likely to take vitamins. Would anyone argue that good health, exercise, and wealth could lead to vitamin deficiencies? More likely, it's just a matter of lifestyle, wealth, and class. The type of people who are able to afford a gym membership can also afford to spend $10 a month on gummies. By the same token, women who are concerned with their reproductive health, and can afford treatment, may just be more likely to have the same attitude towards their mental health.

I'm not implying that hormones don't play a role in mood, of course. Anyone who's seen a pregnant or postpartum woman cry over food (*raises hand*) knows that they absolutely can. Links between hormones and mood have been found in study after study, so a correlation between depression and hormonal contraception should absolutely be explored. But this study, however massive, doesn't actually prove anything, and much more research needs to be done. For now, keep calm, do what your doctor says, and pay no attention to the scary articles that claim your pills are trying to kill you.