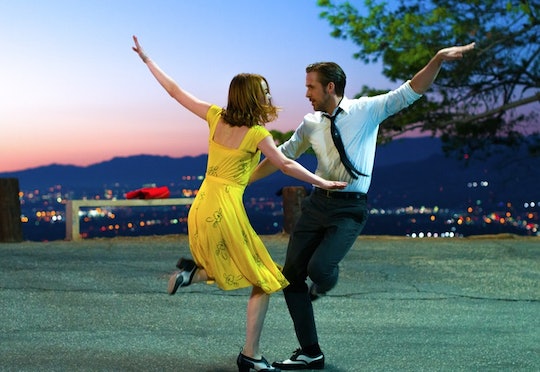 The 2017 Oscars are finally upon us. Everyone has placed their bets on the winners, and are gearing up for a night of song, dance, and celebration of the best in film from the past year. One of the biggest front-runners is the modern musical La La Land, but the stars of the film won't be performing their already iconic numbers. So why aren't Emma Stone and Ryan Gosling performing at the Oscars? Their nominated songs will instead be performed by another Tinseltown legend. The incomparable John Legend himself will be conducting his own renditions of "Audition" and "City of Stars," which is bound to be pretty spectacular.

Though it's definitely disappointing that Stone and Gosling won't be up there singing the songs themselves, as they did in the film, Legend is the only other performer I personally would consider worthy of the honor. While he did not perform these songs in the film, Legend co-starred in La La Land, and is also a seasoned musical performer, so it makes sense that he would take on the job by performing the songs, both of which are nominated in the Best Song category of the Oscars this year. Stone and Gosling have not spoken publicly about why they are not performing, but that won't stop me from speculating, obviously.

It's possible that as they are both nominated in the Best Actor categories, Stone and Gosling have quite enough nerves to contend with, thank you very much. Though clearly musically talented, they're not singers, dancers, or musicians by trade. Their main craft is acting, and this is perhaps the wheelhouse they would like to remain in. Legend, on the other hand, is a musical genius first, actor second. Perhaps he was more comfortable as a performer at the Oscars than his costars. After all, he's not up for an acting award at the ceremony, and I can only imagine that performing for an audience of hundreds of thousands is basically a walk in the park at this point. And nobody does simplified, melodic ballads with a simple piano better than John Legend. Fight me on this, I dare you.

"Audition" and "City of Stars" are contending against Justin Timberlake's "Can't Stop the Feeling" from Trolls, "The Empty Chair" from Jim: The James Foley Story by J. Ralph and Sting, and "How Far I'll Go" from Moana by that other man of the hour, Lin Manuel-Miranda. Whoever does take home the Oscar, I'm prepared for some hair-raising performances from all of them.