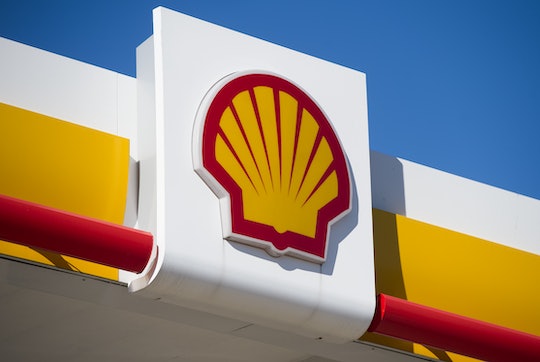 Why Aren't We Talking About The Recent Gulf Oil Spill?

If you consider yourself an advocate for the environment or have been retweeting RIP Harambe memes all weekend, there's another big ol' problem you need to have on your radar. Like, uh, why aren't we talking about the recent Gulf oil spill? Seriously though, did you even know there was one recently?

The recent incident isn't a little leakage either — it's a spill of about 90,000 gallons of oil coming from a Shell flow line and taking up over 13 miles of of ocean off of Louisiana. NBD, right? The leak was first noticed by a helicopter on May 12 and has been contained but not yet fully cleaned up (on Friday — weeks after the spill was first detected — while everyone was headed to the beach and barbecues, Shell dispatched five boats to start assessing and cleaning whatever it could).

There were no any injuries to any workers, but the effects on wildlife and the ocean are totally unknown. A Shell spokesperson told the Associated Press that "no release is acceptable," but that may not be enough for some activists.

Leaks and spills from offshore drilling are sort of old news at this point. Michael Brune, the Sierra Club's executive director, noted recently that oil spills just being par for the course in the region is what Americans should really be concerned about. "We have allowed the region to be perpetually treated as a sacrifice zone," he said in a statement this week.

This is the second biggest spill to happen since the BP Deepwater Horizon disaster in 2010. And although all has somehow been weirdly forgiven and forgotten when it comes to that debacle, scientists released a report on Monday that shows how the effects of that spill might be worse than we originally thought. Add this month's 90,000 gallons and we're talking a whole lot of oil and contaminants to clean up. Much like a toddler's playroom, the Gulf of Mexico might not ever be "clean." There's a "water column" where debris, confirmed to be attached to the Deepwater Horizon spill, have drifted. Like, all the way down. The scientists described it like an underwater blizzard. It's terrible.

It's not just the ecosystems all the way at the bottom of the ocean that are affected by spills either. According to ThinkProgress, if this spill, like 2010's spill, isn't taken care of, populations along the Gulf that rely on the shore for sustenance are going to have a big problem on their hands, if they don't already. It's enough to make you want to throw a temper tantrum.

Like everything else, the oil industry comes down to politics. You'd think that the effects of these constant, consistent, spills would lead to some reform or even a ban on off-shore drilling. But Republicans and Democrats alike are tied to the industry, so even though Democratic frontrunner Hillary Clinton promises to regulate the oil industry, no American shouldn't hold their breath waiting for an adequate solution. If you really want to get into armchair quarterbacking, that also means that some Republicans who might be swayed to not vote for Donald Trump because they don't like, also have to contend with worries that a Democrat like Clinton or Vermont Sen. Bernie Sanders would put a cap on drilling in the Gulf.

And in case you're not frustrated yet: Just this week, another Shell pipeline in central California leaked another 20,000 gallons of oil. Something, somewhere has to be regulated, right? Because while mistakes happen, there's something very, ahem, fishy, about pipelines just bursting all over the place. If no one talks about it and there are no repercussions to the industry, oil execs get just get away with it. And who cares about greedy business people, we're talking about the ocean and everything, the animals, the crazy plants, and coral, everything that comes with it.

A little accountability and proof of making some real changes to business practices could go a long way to a compromise that suits the oceans, environmentalists, and the people who make their living off of offshore drilling. Unless we've already crossed the point of no return, which is, sadly, also a very possible option.