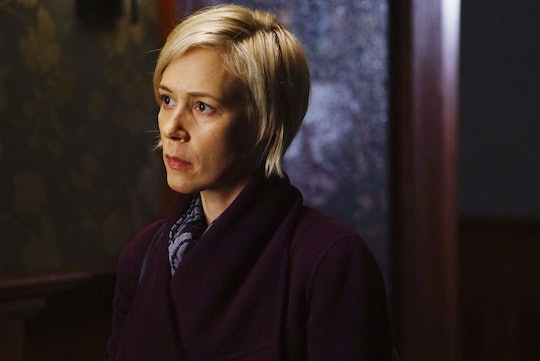 At the beginning of this season of How to Get Away with Murder, the recurring question has always been: Where is Frank? But now Laurel and Bonnie know exactly where Frank is. Laurel's mobster-like father was able to track down Frank's location, but by the time Laurel decided to confess his whereabouts to Bonnie, Frank had already killed Bonnie's father, who had sexually abused her for years. And apparently, it was exactly what Bonnie had wanted him to do. I say that because when she eventually found Frank, she greeted him with a huge hug, which led to a lot more later on. And while their hook-up was a little surprising (OK, very surprising), I think Bonnie and Frank should be together on How to Get Away with Murder and here's why.

For starters, they both have dark pasts, but for different reasons. What Bonnie went through with her father was horrific and what Frank sometimes has to do on a day-to-day basis is pretty horrific as well. However, Bonnie and Frank understand each other. Bonnie knew that Frank killing her father was him trying to do something nice for her. She knew why he did it and appreciated him for it, unlike Laurel who was so repulsed by his behavior that she immediately confessed his whereabouts to Bonnie. Granted, she doesn't know Bonnie's history with her father, so to her this was just another tragic death at Frank's hands, but this isn't the first time Laurel's turned her back on Frank after seeing his darker side.

Bonnie understood why Frank killed Lila Stangard and his fatal mistake all those years ago that led to the death of Annalise's unborn child. Again, Laurel didn't understand at all and it's the reason she and Frank basically broke-up.

Bonnie and Frank understand each other in a way that no one else seems to. They've worked together for years and although they're in a nasty business, they also share the daydream of one day actually being good people that can settle down and have a family. And while Laurel and Frank were a nice couple to watch, Bonnie and Frank just make more sense. They see the good and accept the bad in each other.

However, now that Frank has run off again it's unclear when/if he and Bonnie will ever be together again. It's seems doubtful that was the last we'll see of Frank, but why did he leave Bonnie right after they hooked up with no explanation? Was it all just a lie and he actually doesn't have feelings for her? That would be disappointing and seems highly unlikely.

Whatever Frank is up to, this probably won't be the last we see of him. He'll return for some reason and hopefully that reason is Bonnie.