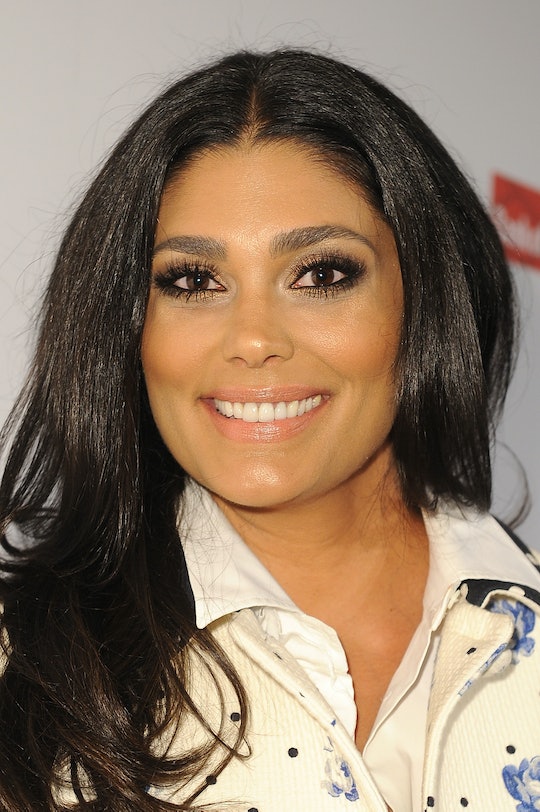 Why Bullying Rachel Roy Online Has Got To Stop, Even If She Is "Becky With The Good Hair"

Fans all collectively lost their minds on Saturday night when Beyoncé unleashed Lemonade on the world and seemed to confirm the worst gossip imaginable: that Jay-Z cheated. How could he? I don't get it either. Shortly after Lemonade, Rachel Roy did Instagram something with a pretty poorly-timed comment that made it seem as though she may have been Jay Z's mistress, but the rumors haven't been confirmed. Since then, Roy has received threats. Even if she is "Becky," bullying Rachel Roy online has got to stop. It's scary and wrong and all fans need to take a step back and not threaten even their worst haters.

In "Sorry" Beyoncé sings "He only want me when I'm not on there / He better call Becky with the good hair." And fans all spilled their drinks, let out a collective "hell no," and then tried to figure out who in the world could have hair good enough to compete with Beyoncé? Then they got a pretty solid clue, maybe even from Becky herself. Well not "Becky" exactly, it was Rachel Roy who has been rumored in the past to have hooked up with Jay Z. Roy posted an image of herself and a friend taking a selfie with the caption, “Good hair don’t care, but we will take good lighting, for selfies, or self truths, always. live in the light #nodramaqueens.”

The account has since been made private as Roy has come under relentless attack from Beyoncé fans. But here's a tweet of the original image posted by Roy.

The BeyHive went ballistic. I mean, fans had all just suffered through the fallout of Jay Z's possible infidelity over an hour-long struggle with Bey. It was a poorly-timed post that brought out the very worst in Beyoncé fans and I'm sure if Roy could take it all back she would in a second. Because her social media feeds have filled up with some pretty heinous, angry stuff.

For a brief time the former model and fashion designer's Wikipedia page was even defaced with slams calling her "Rachel Roach" and "Dusty Side Hoe." Not cool, folks.

There's even speculation that bullying and harassment are the reason Roy canceled a public appearance for Monday night. A representative told Us Weekly that "Due to a personal emergency, Rachel Roy has had to cancel this evening's event."

Roy even made subtle mention of the incident again on her Twitter feed.

And, predictably, the comments on the tweet are full of "Becky" references and ugly name calling. There are even reports that her daughter's page started getting inundated with hateful, gross stuff from Bey fans. ‌

Many people love Beyoncé, and good art like Lemonade is meant to inspire strong emotion. But I'm pretty sure the emotion intended is empowerment and self worth, not grade-school level revenge. If Beyoncé wanted to get back at Roy she could have it a million different ways. She intentionally called her "Becky," the quintessential basic bitch name (Yes, my name is Becky but I still recognize why it's shorthand for entitled and annoying and I'm fine with that) not Rachel or some other name that might give you a hint. This story isn't about "Becky," though. It's about Beyoncé and her struggles. The side chick is just a symptom. So everyone can go ahead and leave Roy and her daughter alone.

But most importantly, online bullying and harassment is a scary, very real thing. The BeyHive has made its point. But I think Beyoncé has this under control all by herself.

Oh, and, important side not: It's funny how Jay Z doesn't seem to get the same hostile treatment as Roy. Isn't he the one married to Beyoncé? Why hasn't he been threatened or called a "worthless whore"? It kind of makes Lemonade's messages about feminism and unity all the more relevant, no?

It's time to leave Roy alone and slow down on the judgment.