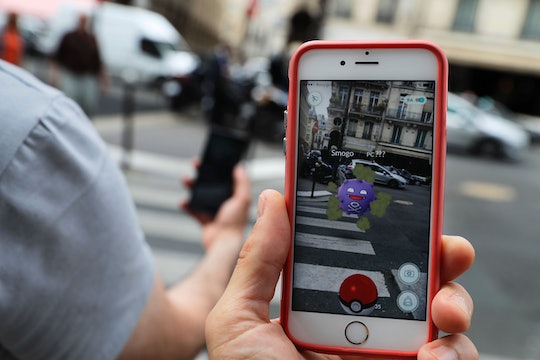 Why Can't I Log Into 'Pokemon Go'? The Trainer Club Is Down

Despite its release in most regions of the world and breaking download records in Apple's App Store, every single "Pokemon Go" player shares exactly one thing in common with one another — perpetually asking, sometimes multiple times a day: "Why can't I log into 'Pokemon Go'?" Trainer Club members seem to have it the worst as the Pokemon Trainer Club — known as the PTC by power players — seems to always have server and login issues at all hours of the day. Unfortunately for players, the Pokemon Trainer Club is only one of two possible login options for players, the other requiring a Google login.

The main reason for "Pokemon Go" login problems, no matter which login method you're using? Server issues. Basically, it all boils down to the fact that there can be as many as 25 million daily active users playing "Pokemon Go," according to a report from Survey Monkey. But the Pokemon Trainer Club is independent of Niantic, the company behind "Pokemon Go" — and yet, there have been issues with Trainer Club accounts since day one of "Pokemon Go's" release. The Pokemon Trainer's Club is hosted at and managed by The Pokemon Company at Pokemon.com — a separate subsidiary that manages the Pokemon brand, imagery, and licensing.

According to Pokemon.com, the servers are simply overwhelmed by the number of people trying to use its Pokemon Trainer Club accounts, whether creating new accounts to access their existing accounts. The Pokemon Company's statement continues:

Our team is hard at work improving support for these features. Until the work is complete, for a brief time, we'll be limiting the amount of access to these features.

Within days of the launch of "Pokemon Go," some interested players balked at using their Google accounts to log into the game, as reports surfaced that granting Google account access to play "Pokemon Go" also allowed the app to read emails in your Gmail account. The Google account access concern with "Pokemon Go" was actually proven to be a misunderstanding of how "Pokemon Go" uses Google's OAuth (authentication protocol). Still, many players opted to either create a Pokemon Trainer Club account, or die-hard Pokemon fans just used their existing PTC accounts. But Pokemon Trainer Club account holders have been plagued with login issues since launch:

Many of those Pokemon Trainer Club players have deeply regretted that choice to stick with PTC over Google, as account access is either highly unstable or simply not working at all:

For most "Pokemon Go" players, "to catch them is my real test" — and one guy has allegedly caught all the Pokemon — but for Pokemon Trainer Club players, the real test is just getting to even play the game at all.

More Like This
Hilary Duff, Meghan Trainor, & Ashley Tisdale Went on A Moms Weekend Getaway Together
Yellowstone's Kelly Reilly Has A Much More "Content" Married Life Than Beth Dutton
20 Adorable Photos That Prove Prince William & Princess Charlotte Are Thick As Thieves
The Bear’s Jeremy Allen White Is A Private Breakfast Chef For His Daughters