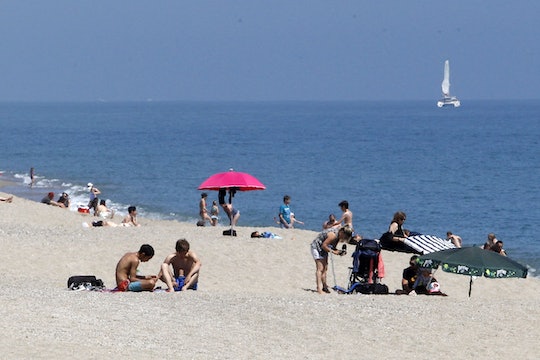 Nothing can kill a vacation — or a quiet evening at home, for that matter — like the incessant buzzing of work emails. Sure, technology means that it’s easier than ever to take work home with you, but it comes at a cost: lower productivity, more employee guilt, and higher risk of stress-related burnout. But in France, a new law will soon make those pesky late-night reply-all emails a thing of the past. Legislators passed an amendment saying that people in France can’t send work emails after hours and it’s something United States workers should consider implementing, if they can.

The new amendment has been dubbed the “right to disconnect,” or rather, the right to say no to being excessively plugged in all the time. The law was passed this month as a small provision in an otherwise deeply controversial new set of labor reforms put forth by the French government, according to the New Yorker. Under the provision, employers with more than 50 workers would be prohibited from sending emails after work hours, including on weekends and during holidays.

So, not only will employees not be expected to check work emails when they aren’t on the job, there actually shouldn’t be any work emails for them to check.

So, why is the French government focused on helping citizens actually have a life? Speaking to BBC News earlier this month, Benoit Hamon of the French National Assembly said that the amendment was meant to address high levels of work-related stress in French employees. :

All the studies show there is far more work-related stress today than there used to be, and that the stress is constant. Employees physically leave the office, but they do not leave their work. They remain attached by a kind of electronic leash - like a dog. The texts, the messages, the emails - they colonise the life of the individual to the point where he or she eventually breaks down.

No arguments over here. And, according to a Huffington Post report, French workers are more burned out than ever. The issue has gotten so troubling to the French government that Health Minister Marisol Touraine formed a special working group to determine just how bad work-related exhaustion had gotten for French citizens. They found that some one in 10 workers in France were at risk of burnout due to the demands of their jobs.

But while most employees would probably welcome a law that protects the idea of downtime, the measure isn’t without its critics. United Kingdom digital technology researcher Jon Whittle recently told the Washington Post that the problem wasn’t work emails themselves, but the growing expectation that workers should always be doing more for the company:

I think the topic of work-related well-being is much larger than simply stopping email after-hours. Email is just a medium used to communicate. The real problem is the culture of having to constantly do more and constantly do better than competitors.

Others argue that the law, while popular among government leaders and French voters, will do little to actually change the workplace. The Huffington Post reported that the bill doesn’t impose any penalty on employers who fail to comply. In fact, whether it succeeds at all will hinge on companies voluntarily coming up with their own policies to ban after hours access to email.

If it does succeed, the law will certainly be something for the United States to consider. The paltry amount of vacation time American workers take compared to those in other countries has been well documented. And — when U.S. citizens do manage to leave the office — 87 percent of workers in the United States will check emails during off hours. Half will even check work messages from bed. And when the phone isn’t buzzing, many Americans are so stressed out that we hear “phantom rings” that convince us someone is trying to get in contact even when they aren’t.

So it’s not just a French problem. But if the French government has found the solution, maybe it will send the United States an email — during normal business hours, obv.