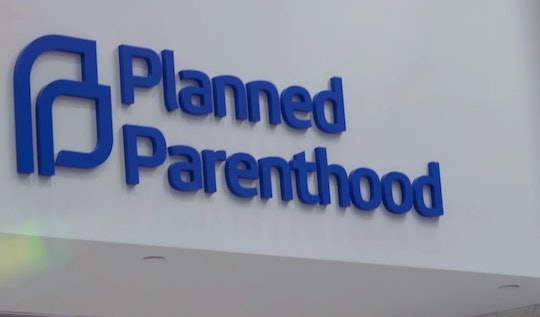 Another day, another argument for why we don't need Planned Parenthood out of the anti-choice crowd. Lately, with reports that the Trump Administration has offered to cut a deal with Planned Parenthood allowing them to keep their federal funding if they stop providing abortions, the impact of the health services provider and the importance of the care that it provides are being debated yet again. A common argument is that if Planned Parenthood went away, or had to scale back operations due to a loss of federal funding, other state-run health clinics could pick up the slack. But there are lots of reasons why community clinics aren't the answer to defunding Planned Parenthood, and they're ones supporters will need to know as attacks against the organization ramp up all over again.

With Speaker of the House Paul Ryan promising yet again that Republicans in Congress want to defund Planned Parenthood, and recent reports that the organization would have to compromise on what services it can provide in order to receive that funding, it makes sense that the Planned Parenthood team is doing what it can to fight back against being targeted by politicians and the White House.

A recent infographic tweeted by Planned Parenthood Action Fund lays out some of the reasons why community clinics couldn't just "absorb" all the care that the organization provides. It was recently shared in a much-discussed post to its Twitter account @PPact.

Some of the stats the organization provided include the following:

Among several other statistics the graphic shared on the social media site, as provided by the Guttmacher Institute — a research and policy organization "committed to advancing sexual and reproductive health and rights in the United States and globally" — in 2013. One very notable stat in the tweet states that, "in 2010, Planned Parenthood served 2.2x as many women in need of birth control services as FQHCs." FQHCs, here, are described as Federally Qualified Health Centers.

This statistic is very important, because it goes on to point out that, as of that year, FQHCs outnumbered health centers run by Planned Parenthood by nearly 4-1. That means that even though there were more health centers providing similar care, Planned Parenthood was serving more women. All of those women wouldn't be able to suddenly go to other community health care centers if they aren't doing so already.

And there's no guarantee that the health care centers that would have to take up the slack if Planned Parenthood clinics had to close would provide the safe, legal abortions that many women seek. For one example of what could happen if that service isn't provided to a community, we need look no further than Texas.

The state’s HB2 anti-abortion law, "has contributed to the closure of 23 abortion clinics since it was introduced in 2013," according to Slate. Wait times for abortion appointments at other providers have gone up dramatically, and, more chillingly, a study from the University of Texas’ Texas Policy Evaluation Project (TxPEP) predicts that that law could escalate the number of self-induced abortions across Texas. It cites the fact that between 100,000 and 240,000 women in the state attempted to terminate pregnancies on their own in 2012 — and they think clinic closures could cause those numbers to rise.

Opponents of Planned Parenthood who try to make the case that community health centers are the answer if the organization is defended need to do their homework. There is plenty of evidence that a loss of federal funding to the organization (over 40 percent of Planned Parenthood’s funding comes from federal, state, and local funds, according to an article on New York Magazine's The Cut website) would lead to clinic closures, which would lead to a decrease in access to care, which leads to less availability of the services women need that those clinics provide.

Planned Parenthood provides necessary care to women, men, people of all income levels, and it offers specific information, education and care to lesbian, gay, bisexual, and transgender individuals. A loss of funding to the organization simply couldn't be made up by community clinics, especially not as soon as the defunding is threatened to take place.

While community clinics and health centers do important work, losing Planned Parenthood would be a devastating blow for the health and well-being of our society, especially for women. And it's one that a majority of the American people don't support anyway.

Contact your representative today to let them know that you don't support a defunding of Planned Parenthood. Refute the argument that community clinics could make up for the loss. And talk to your friends, family, or even your social media followers about the importance of keeping the organization federally funded, now and in the future.