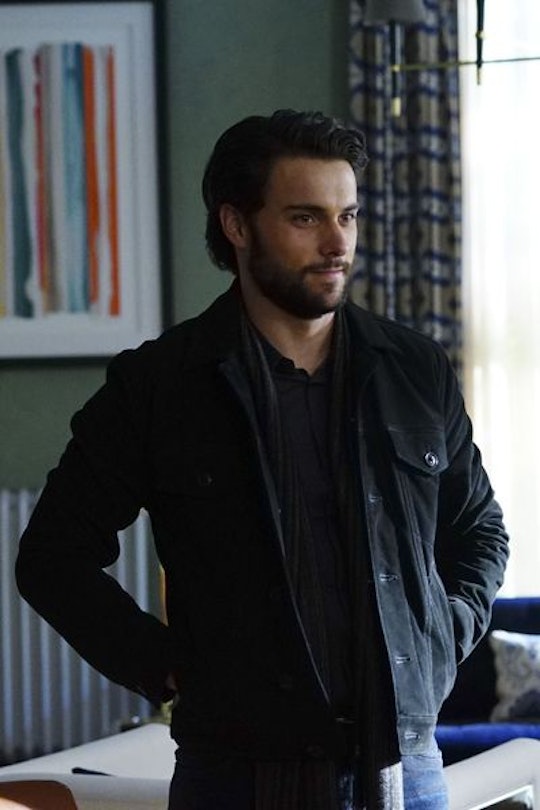 Why Connor Isn't Dead On 'How To Get Away With Murder,' So Don't Panic Just Yet

It's almost that time, you guys. There is one episode left until viewers find out who's under the sheet on How To Get Away With Murder. And although there are still a few possible choices left, the one that has everyone pulling their hair out is Connor. But while losing him would be plenty impactful for both the fans and the other characters on the show, Connor isn't dead on How To Get Away With Murder. So you can rest easy knowing that your favorite member of the Keating Five is probably still alive and well in the present-day HTGAWM universe.

OK, so I don't actually know for sure that he isn't dead, but here me out on this. You see, being a fan favorite on a show comes with a heavy burden. Not only could it create an uproar among fans, but it could very well leave a gaping hole in the narrative that the show may be unable to fill. So when you think about it that way, losing Connor could be a major gamble for HTGAWM to make. Upsetting their fanbase is risky enough, but Connor is an iconic member of Annalise's crew. Would the characters be as strong without him? It seems highly doubtful.

Not to mention, what everyone keeps forgetting is Annalise's reaction when she saw the body under the sheet on HTGAWM. Judging just by her reaction alone, it couldn't have been Connor. She might be Mama Bear to her five favorite students, but she doesn't care that much.

Connor isn't dead on HTGAWM, not only because literally no one wants him to be, but because he's not the only possibility left. And of the three remaining men — Connor, Nate, and Frank — he is literally at the bottom of the possibility list. Why? I'm so glad you asked...

The biggest tell at this point is the fact that the show keeps on trying to get viewers to think that it's Connor under the sheet. He left his cell phone at Michaela's apartment and is now M.I.A. Meanwhile, the rest of the Keating Five are frantically wondering where he is. This is, more than likely, just a red herring that will result in the surprise (read: not very surprising at all) reveal that Connor is alive and well.

Annalise Doesn't Care Enough About Him

Annalise's almost over-the-top cry of horror when she saw whoever is under the sheet proved that it'll be someone she deeply cares about. Yes, they've been through a lot together, but they aren't that close If it was Nate or Wes under the sheet, then sure, she would be devastated at the thought of losing the love of her life or her makeshift surrogate son. But since Connor is neither of those things, it can't be him.

He Was Never The Obvious Choice

Now that Wes is no longer a contender, it seems likely that Nate could be the one who died in the fire at Annalise's house. There has been little mention of trying to track him down on HTGAWM, thus leaving the reveal of his body to be that much more shocking. He also doesn't have much going on anymore on the show, while Connor has some seriously unfinished business with Oliver.

There Have Been No Real-Life Clues

Often times in TV shows, fans will catch wind of an actor's contract being up for negotiation, which results in he/she deciding to quit the show. But in this case, there has been exactly zero rumblings about Jack Falahee leaving HTGAWM. Granted, the same could be said for the other contenders on the show, but creator Peter Nowalk has also been plenty open about the importance of having LGBTQ characters represented on TV, so writing him off the show could be very controversial.

There's still one episode to go before the midseason finale and the big reveal of who's under the sheet. But Connor isn't dead on HTGAWM, so the plans of an impending fan-led riot can stop now. Trust me.