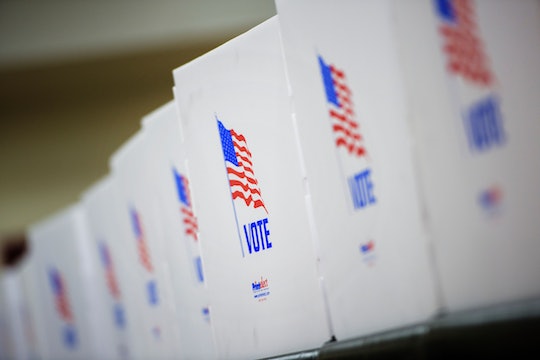 As the 2016 presidential election comes to a close, with polls favoring Democratic nominee Hillary Clinton, the Trump campaign has been busy accusing the election of being rigged. While Trump has not offered any evidence to support his claims, a number of his supporters have latched on to this theory. In reality, it is actually much harder to rig an election or commit voter fraud than Trump is implying. Despite that, though, sometimes errors are made during an election. One of the stranger errors that occurs is when people are somehow able to vote from beyond the grave. Yes, you read that right. Dead people are voting, but it's not as prevalent or insidious as you might think.

CBS 2 investigators looked into the strange phenomenon of such posthumous ballots in Chicago. They merged the Chicago Board of Election voter histories with the death master file from the Social Security Administration and discovered that some dead people were indeed voting in current elections. In our country's current political climate, it's easy to assume that something nefarious is behind these occurrences. The real, and frankly somewhat boring reason for people voting from beyond the grave is simply that clerical errors and polling station mistakes tend to happen sometimes during elections.

CBS 2's investigation revealed, for example, that 119 deceased people had voted a total of 229 times in Chicago over the past 10 years. City election board spokesman, Jim Allen, assures the people of Chicago that "this is not the bad old days. There are just a few instances where a father came in for a son, or a neighbor was given the wrong ballot application and signed it."

The majority of these errors were explainable, they noted. However, there are still some unexplained instances of deceased citizens casting ballots. That doesn't mean that there is a massive conspiracy to rig the election in Clinton's favor through voter fraud. As NPR points out, the election is decentralized. This means that elections are not federally run. Each state is in charge of it's own election, so, in order to pull off the large scale voter fraud Trump is claiming exists this election season, a lot of people would have to be involved. Not only would this be insanely difficult to pull off, it would be near impossible to keep people from talking about it.

The Brennan Center at New York University School of Law released a report titled "The Truth About Voter Fraud" that reveals voter fraud is "very rare" and that voter impersonation is "nearly non-existent." The Brennan Center's findings were quite similar to the CBS 2 investigation's conclusion on dead people casting ballots. They found that the vast majority of alleged fraud in elections stems from unintentional mistakes by voters, clerks, and administrators.

It's important to realize that voter fraud is not the widespread problem that Trump and his campaign say it is. Mistakes will inevitably happen in situations like these. They also tend to happen in fairly minor capacities as well, so they're not going to largely affect the election outcome.

Let this just be another reminder to get out and cast your own ballot on election day, instead of sitting home and worrying that everything is "rigged."