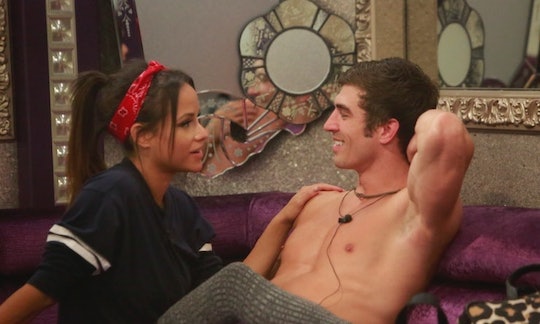 Cody Was The Deciding Factor In This 'Big Brother' Win

On the whole, I'd say that Season 19 of Big Brother was pretty predictable. Every move that Paul set into motion ended up coming true. There were no twists, no shocking outcomes. Paul was the puppet master and the houseguests just let him do his thing. But there was one shocking moment to come out during the finale: the crowning of the actual winner. Though many thought Paul was a sure thing, Josh came out victorious thanks to Cody's tie-breaking vote. So why did Cody vote for Josh to win Big Brother 19? Apparently, it came down to bitter feelings.

According to the interviews Dr. Will conducted after the finale on Wednesday night, it all came down to Cody just not liking Paul. This probably has something to do with how Paul made it his mission to get both Cody and Jessica evicted from the Big Brother house — and in Cody's case it happened not once, but twice. I guess I can't really blame him for having a chip on his shoulder, though I did think he would've appreciated Paul's game since he was pretty much the only person making any moves in the house once Cody and Jessica were ousted. But at the same time, I can't help but recall how much Josh annoyed Cody on the show.

I can't tell if those pots and pans were the unsung heroes or villains of the Big Brother house, but they were definitely an important part of all the drama. In fact, they were the reason that sometimes Cody came very close to getting physical with Josh. Thankfully, Jessica was around to step in and prevent anything from happening, but still. Maybe so much time has gone by since Cody last interacted with Josh that he forgot just how much he was annoyed by the guy. Or maybe his resentment of Paul just ran that deep. Cody isn't a big talker, so it's possibly we'll never know fully why he chose to gift Josh with the $500,000 over Paul, but either way it was definitely a shocking twist to a less-than shocking season.

Honestly, it felt like Cody stopped caring about this game as soon as he was evicted. In the jury house — as humorous and entertainment as his snide comments were to watch — you could tell he could not have cared less about what was happening. Internally, I think it was rewarding for him to see so many others finally realize what he knew all along: that Paul couldn't be trusted and was the true manipulator of the season. But when others tried to get him to predict outcomes or give his opinion, he really didn't say much at all. He just really wanted to be able to see Jess again — and probably do everything he could do never see anyone else from the Big Brother house ever again. But I mean, I kinda get it. They didn't show him any kindness throughout the season, so why shouldn't he do the same?

Though it wasn't shown, I would've been interested to see how a conversation between Josh and Cody would've gone down after the winner was crowned. Was Josh thankful to Cody? Apologetic for his past behavior towards him? Did Cody just stare at him not saying anything? Oh to have been a fly on that wall. At least Cody was able to walk away with $25,000 himself, thanks to America's love for him. So there's that.