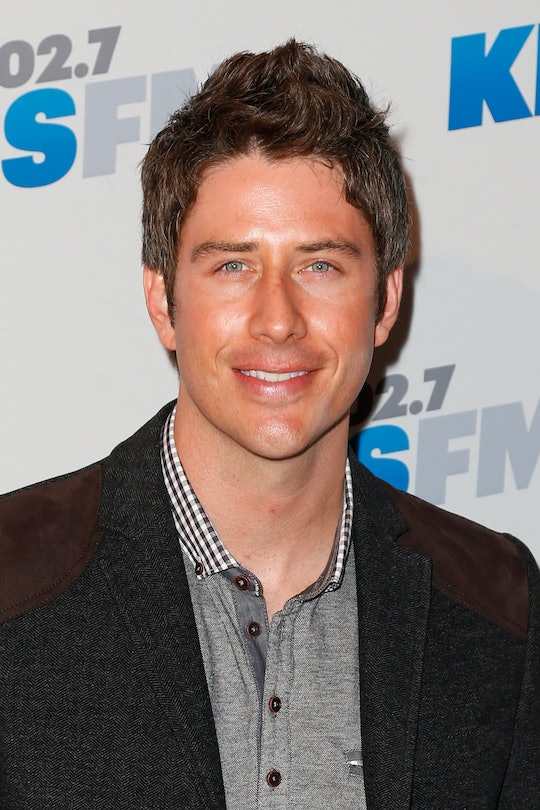 Here's Why Emily Maynard Didn't Pick Arie On 'The Bachelorette'

When it was announced that Arie Luyendyk Jr. was going to be the next Bachelor, the world in general responded with a resounding, "Wait, who?" In order to reacquaint yourself with this hunk, you'll have to cast your memory way back to 2012 when he was passed over for another man on The Bachelorette. But why did Emily Maynard eliminate Arie on The Bachelorette? He came in a close second, but his love wasn't enough to convince the single mom that he was the best choice for her. For what it's worth, her engagement to the winner of her season, Jef Holm, didn't last long either.

It seems that on every season of The Bachelorette, one man stands apart from the pack for his superior make-out abilities. Bachelor Nation then falls in love with this man because kissing is important you guys. On JoJo Fletcher's season, the man with the super lips was Luke Pell, a beloved fan-favorite who was eliminated right after stopping the rose ceremony to give JoJo a panic "I love you," causing JoJo to burst into tears right there at the airplane hangar. In Rachel Lindsay's season it was Peter Kraus, the man who stared sadly at Rachel's eyelashes for two days after they broke up in the season finale. In Emily's season it was Arie.

After lots of brushing up on the last two episodes of Emily's season, I've come to the conclusion that while Arie might have brought the steam heat, their physical connection wasn't enough to overshadow the emotional connection that Emily felt with Jef. She insisted over and over again that she loved Arie, just not quite as much as she loved the other guy. This led to one of the most prolonged and difficult breakup scenes in the show's history, with Emily saying that she thought all along that it would be "me and you" until it definitely wasn't.

During the finale episode, both suitors got to meet Emily's family. Jef went first, instantly winning the family over with his earnestness and obvious love for her — as well as his eagerness to be a father-figure to her daughter Ricki. They felt they didn't even need to see the other guy. And then Arie showed up and presented them with all the roses Emily had given him over the course of the season. After that, nobody seemed to know what to do. Emily's family seemed to be of the opinion that there was no way they could influence her decision. This had to be all on her.

That's when Emily decided to introduce Jef to her daughter, who had flown in to see her mom. Well Jef made an aces impression on the little girl, and after that it was all over. Chris Harrison visited Emily and she told him that her decision was made, and she didn't even want to have a final date with Arie. Meanwhile, Arie was busy concocting a love potion, secure in feeling like he was going to be the one engaged at the end of this whole thing. Boy was he ever wrong.

It turns out that despite being the best kisser in the bunch (the world?), that wasn't enough to overcome Jef's earnest hipster sweetness, which ended up winning Emily's heart at the end of the journey. Arie was clearly heartbroken (and a little bitter) at the breakup — resulting in a very awkward After the Final Rose segment. But now, six years later, his heart has healed and he is ready to start this whole process over again. But this time he's the one with the roses.