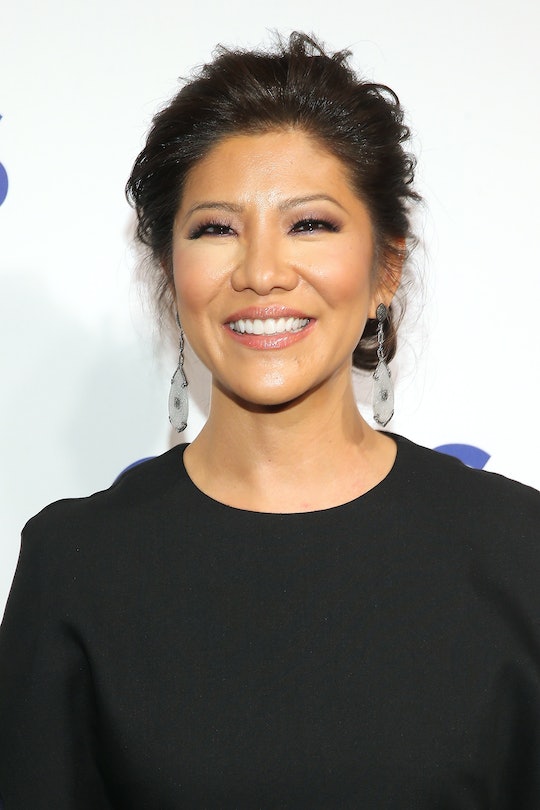 Here's What We Know About Julie Chen's Exit From 'The Talk'

Like any job in which there is a lot of pressure and therefore, a high turnover rate, it's normal to see TV hosts come in and out of their positions over the years. There have only been a small handful of talk, late night and sitcom shows that have stayed running, and with the same cast, for many years on end. With that said, there's more of a backstory following one host's reported departure today. Why did Julie Chen leave The Talk? It seems as though it could be related the accusations alleged against her husband.

Let's start at the beginning. Julie Chen has been married to Les Moonves for 14 years, Town and Country reported. Moonves is the CEO of the CBS Corporation, and according to Access Atlanta, has been credited with much of the network's success over the past few decades. However, in the last issue of The New Yorker, it was reported that Moonves is being accused of sexual misconduct by multiple women.

"Six women who had professional dealings with him told me that, between the nineteen-eighties and the late aughts, Moonves sexually harassed them," Ronan Farrow wrote for the magazine. "Two told me that Moonves physically intimidated them or threatened to derail their careers. All said that he became cold or hostile after they rejected his advances, and that they believed their careers suffered as a result."

Shortly after the allegations were made, Moonves announced that he would be leaving CBS, CNN Media reported.

As far as Chen's career goes, CNN also reported that she would be leaving her own show, The Talk and making the announcement today (Sept. 18). "She has decided that her main focus needs to be clearing her husband's name from accusations made 25-30 years ago and tending to her son," a source told the magazine.

In late July, when the New Yorker story was first published, Chen tweeted a statement in support of her husband, Deadline reported, saying: "Leslie is a good man and a loving father, devoted husband and inspiring corporate leader. He has always been a kind, decent and moral human being. I fully support my husband and stand behind him and his statement."

CNN also reported that Chen made another distinctly supportive statement about her husband at the end of the last episode of Big Brother, which she also hosts. She reportedly signed off saying: "I'm Julie Chen Moonves," and it was the first time in the show's history that she had used her married name.

Chan's co-hosts on The Talk addressed Moonves' allegations this morning, even though she was not present at the table. Sharon Osborne was the first to address the issue, Entertainment Tonight reported, saying:

As you all know, Julie's husband is in the news. It's very embarrassing, and very upsetting, to have to talk about our husbands, but we do, we feel it's right. He's not been convicted of any crime, but obviously, the man has a problem. Why is it that when men get power it goes to their testicles? I do not know why, but it's true.

Though Chen has yet to issue an official statement as to why she is leaving the show (or, for that matter, inform fans of whether or not she is simply not returning, or if she has scheduled a last day).

However, it's clear that in the age of #MeToo and a sweeping epidemic of individuals in executive positions abusing their power coming to light, it's understandably awkward for Chen to potentially be a part of those conversations while also trying to defend her husband in some capacity.

It's a precarious situation, and it will be interesting to see how Chen handles her next steps.