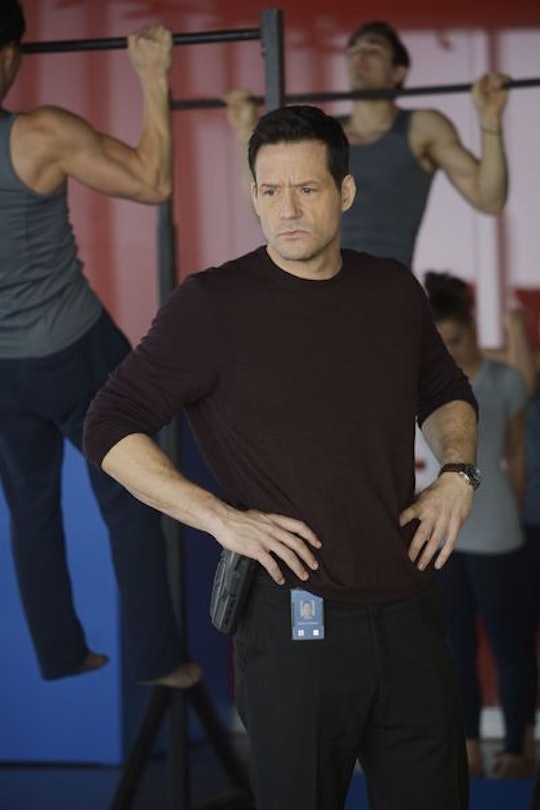 Why Did Liam Shoot Miranda On 'Quantico'? He Seems To Have An Agenda

Well, that was quite the twist. After many twists and turns throughout the first season of Quantico, it seems like our terrorist has finally been named — or at least it seems like that. In the final moments of Quantico, Liam shot Miranda, and I don't know if that's a clue as to Liam being the bad guy, but it certainly seemed that way. So, why did Liam shoot Miranda on Quantico? Is this the moment we've all been waiting for?

We've known there was a traitor among the Quantico team since the very beginning. I have suspected just about every character — at one point, I even suspected Liam. But, then I came to my senses and thought, No, there's no way Liam is the traitor. Well, as it turns out, there very much is a way that Liam is the traitor, because Liam is the traitor — or, so it seems. On Sunday's episode, Liam shot Miranda after she seemed to find the smoking gun in his home — some blueprints — looking to right some wrongs that happened. OK, Liam. I have no idea what you're talking about, but I'm sure that the finale will answer all of my burning questions.

Some Twitter users pointed out before the May 8 episode that Liam was noticeably absent from the show for a bit. That, plus some more evidence certainly points towards Liam being the traitor. But, why would he shoot Miranda? Well, probably because Miranda was on to him, and he can't have any loose ends hanging around.

If you think about it, Liam was the last one to believe Alex wasn't responsible for the initial bomb that went off in Grand Central. That could seem just like someone skeptical, but he probably knew Alex the best out of all the NATs, so he should have been able to figure it out that she wasn't the terrorist. Which is another point — Liam knows the NATs very well. He and Miranda are the two superiors who know these students so well, that it wouldn't have been that hard for him to manipulate and prey upon the weaknesses of his students.

But Miranda, poor Miranda. She didn't need to go this way.