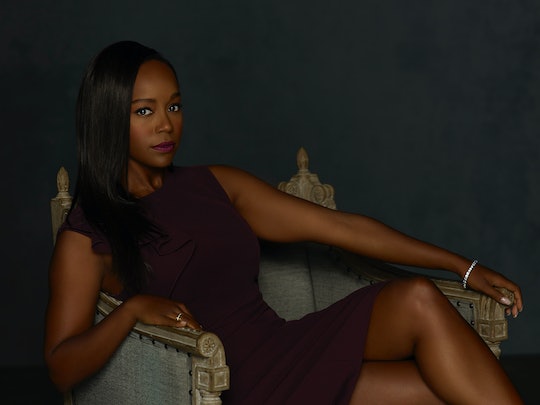 It came as no surprise that when How to Get Away With Murder crossed over with Scandal, it brought an extra dose of drama to a series already jam-packed with it. After bonding with former Press Secretary Marcus Walker during her time on Scandal, Michaela slept with him in the middle of a stakeout. But why did Michaela cheat on Asher on HTGAWM?

There were probably a few contributing factors. Michaela and Marcus clearly had a connection, but it seemed like her interest in him also went beyond their obvious chemistry. While on their late night stakeout, they had plenty of time to chat and Michaela outright said that Marcus was everything she thought she wanted in a man. From day one, Michaela has had a very clear idea of what she's looking for in a partner; Marcus checked off all those boxes and then some. It definitely make him hard to resist.

Asher, by comparison, was a surprise for Michaela. When they first hooked up, it was purely a friends-with-benefits deal and it didn't seem like Michaela was interested in more. She often seemed embarrassed by Asher's silliness, especially because she was much more driven and focused. They ended up balancing each other out, but the relationship hasn't always been smooth sailing.

Actress Aja Naomi King commented on that very thing when talking to E! News shortly after Michaela and Asher first got together. She said that even though she really loved them as a couple, it was complicated. For example:

...there's also the part of me that's like those moments when Asher is being so silly or ridiculous or teasing her and not understanding something where it's like, 'God, Asher, just grow up!' And then on top of it we have these really beautiful moments where he's sincere and you see the groundedness [sic] and the depth of his character and him trying to figure himself out just like the rest of us and it's like, 'Oh yeah, you guys need each other!'

Asher definitely brought some much-needed levity to Michaela's life, especially as she could get so wrapped up in things that she wouldn't give herself a break. The appeal of their relationship was obvious, but it didn't change the fact that he wasn't the person Michaela initially saw herself ending up with. When that perfect fantasy partner walked into the room in the form of Marcus Walker, it's equally understandable why Michaela would be drawn to him, too.

The explanation for Michaela's impulsive decision to cheat on Asher seems fairly simple, but there's no predicting how this storyline will turn out. Laurel and Connor knew instantly what Michaela had done when she showed up to court with Marcus, but Asher was totally in the dark for much of "Lahey v. Commonwealth of Pennsylvania." Since several characters know, there's no way what happened will remain a secret for very long. Laurel and Connor can probably be counted on to keep a secret (they've done it plenty of times before), but it's just as plausible that one of them might let it slip.

Michaela might also choose to come clean to Asher herself. One way or another, he's going to find out, and it might be better coming from her. At that point, either they break up or choose to work past it. No matter what, there's going to be plenty of drama to go around, especially since Michaela and Marcus were definitely still attracted to each other throughout the episode.

Michaela might even choose to break up with Asher in favor of starting something more serious with Marcus, spinning this little cheating scandal into an even longer Scandal crossover. Viewers will have to wait and see how it all turns out.