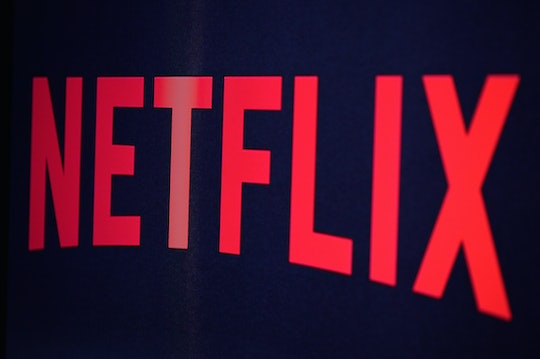 Why Did Netflix Delete User Reviews? As Of Today, They're A Thing Of The Past

In this day and age, it seems like more people have ditched traditional cable service in favor of subscription streaming services like Netflix, Hulu, Amazon Prime Video, and more. Netflix, in particular, is one that a fair amount of people have. (It's not "Netflix and chill" for nothing, right?) Although most users probably stream content through smart TVs, smartphones, or tablets, some people still use computers to get their fix. And for these people in particular, the ending of one longtime feature will be sorely missed. But why did Netflix delete user reviews? Because effective today, they're a thing of the past.

As of Friday, Aug. 17, Netflix has removed all customer-submitted reviews of its TV shows, movies, and other programming from the website, Variety reported. As in totally gone — like they never even existed in the first place. I'll allow that to sink in for a moment ...

According to Mashable, the move doesn't come as a complete surprise. That's because the company started notifying customers last month that they would no longer be able to post new reviews effective July 30. An additional warning was giving that all existing reviews would be deleted from the website by sometime in mid-August. And it seems as if that day is today.

As Slate reported, Netflix made some pretty big changes to its user reviews system early last year — in the form of switching from a one-to-five star rating to a thumbs up or a thumbs down. For those who are wondering, these options are still in place, even though the user review feature is now gone.

But let's address the real question, here: Why did Netflix decide to nix its user reviews in the first place? The company itself has noted that a steady decrease of user reviews was to blame, according to Variety. However, as the publication also pointed out, the change was likely based on this question: "Did they spur people to watch more content?" Which is likely a big, fat "no" — especially when it came to strongly negative reviews of Netflix’s own original programming. These harsh reviews likely negatively impacted users' views on the quality of the streaming service.

Regardless of the reasoning, let's just say Twitter had a lot of feelings about this newest Netflix development. One Twitter user wrote, "Oh don't you worry, @netflix .....we still have ROTTEN TOMATOES to dissect your products..... "

Another user seemed pretty bummed about the news, tweeting, "Heyyy Netflix no longer shows user reviews! A few days ago, I noticed they had been hidden for its new show Insatiable, presumably because they were all so negative, and now there is nary a scrap of praise or criticism to be heard anywhere—just the drone of the autoplay promos."

One confused person tweeted, "...did netflix remove all user reviews? so if i'm on the fence about a movie i have to go to another website and search for reviews myself?? WHY REMOVE THAT FEATURE??"

Yet another Twitter user wrote, "@netflix bring back user reviews! its such a waste of time to watch a show just to find out its garbage when i could have just read the reviews.

Let's get real for a moment: Not all content on Netflix is grade-A viewing. (At least, in my opinion.) Sure, there are some great series and a few good movies at any given point in time. But the rest are just fillers and not really worth my time — unless I'm really bored and/or purposefully looking for something that's so bad, it's kind of good. So on one hand, I can see how some users would be annoyed about the streaming service giving the axe to consumer reviews.

On the other hand, there are plenty of other ways to figure out if a movie/series is worth your time — like Rotten Tomatoes, for example. Plus, I'm willing to bet a vast majority of Netflix users don't watch content with their computers anyway. And even so — trolls. (Which basically ruin things for everyone.) Enough said. As much as users like to resist change, I'm thinking Netflix made the right business call in this situation.

More Like This
The Best Movies Airing On Freeform’s 31 Nights Of Halloween In 2022
10 Horror Movies With Creepy Kids That Will Scare The $#*% Out Of You
Lindsay Lohan Channels Meredith Blake In Her New Christmas Rom-Com
Is 'Hocus Pocus' Too Scary For Kids Under 5?