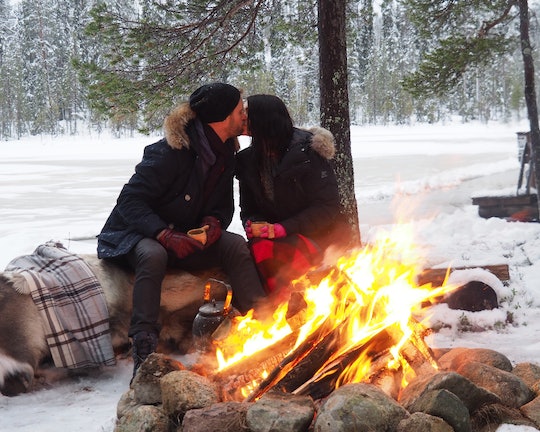 Ugh. Well, it had to happen – Nick came down to his final two on Monday's finale, and he knows well from his previous Bachelor experiences he can only choose one. In the end, he chose Vanessa over Raven. During their last dates in Finland, it appeared that Nick had a strong connection with them both. Nick's family, too, were happy with Raven when they visited Wisconsin. Why did Nick eliminate Raven on The Bachelor? It came as a shock to her — and, considering how close she and Nick seemed, a shock to us as well.

I'm going to be honest, I didn't think Raven would last long on The Bachelor. I thought the Hoxie girl auditioned for thought-to-be Bachelor Luke Pell, and was going to be out of the mansion after a couple of weeks. Of course, that was not the case. Raven impressed Nick early on, and through group dates and one-on-ones she ended up in the final four. From there, Nick visited Raven in her Arkansas hometown and he was even more smitten. She breezed through, and then ended up in the fantasy suite in Finland where homegirl got her first orgasm. Raven was a dark horse that ended up in the finale...so why wasn't she ultimately Nick's pick?

Ultimately, it seems that Nick was infatuated with Raven but in love with Vanessa, and wanted her to be the one he married. After Raven's elimination, Nick confessed that he has been "falling in love with Vanessa for a long time" – if you consider seven weeks a long time. Nick also says that he's been "fighting his feelings," but he had to embrace them today. Of course, these were accompanied with those classic Nick Viall tears. We had a sneaking suspicion that he was going to choose Vanessa (even without reading all the spoilers), but considering how well Nick and Raven's dates went, it was still sad to see her go.

It comes down to the fact that Nick was into Vanessa more than Raven. He told Vanessa that he's in love with her, and that "when I look at you, all I see is my future." Despite the fun they had, Nick didn't feel this way about Raven. While she was crying in the limo, we know that this isn't it for Raven. Whether she returns to Bachelor Nation or not, we know she'll definitely find love with someone else – on or off camera.