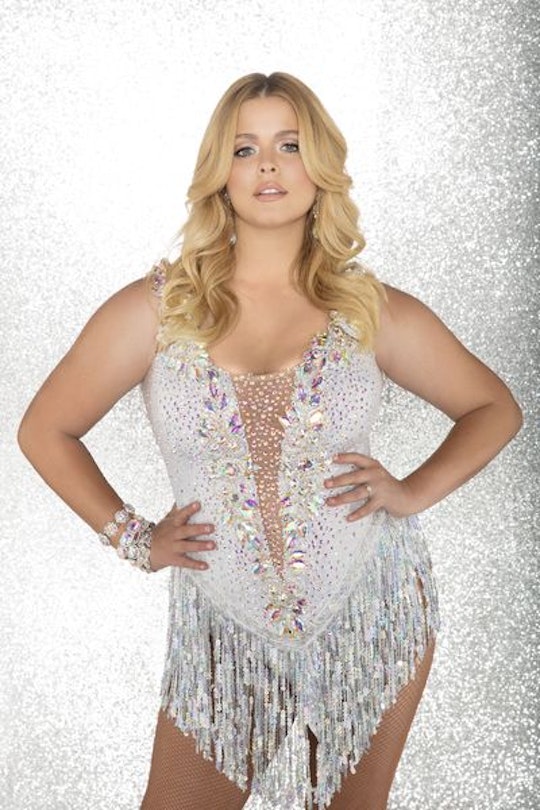 'DWTS' Said Goodbye To A Beloved Duo & Fans Are Confused

I'm usually pretty good at predicting who is staying and who is going at the end of a Dancing with the Stars episode, but I have to admit, Monday night's episode threw me for a loop. Why did Sasha Pieterse get eliminated on Dancing with the Stars? Her departure was definitely shocking. Generally on this show there are clear frontrunners and clear, well, not frontrunners, but Pieterse seemed to be in a safe middle-ground. She'd certainly been performing better than a couple of other contestants (ahem) that I could name.

Unfortunately (or fortunately), this show eliminates people based on a system that relies half on the judges' scores and half on the votes of the viewers. That means that a star can escape elimination even if they have low scores if they have a particularly enthusiastic fan-base. It also means that a deserving star whose fans have not been voting enough might have to leave the show even though it is definitely not fair. If I'm being honest, I really should not be complaining so much since I watch this show every week and have never voted for a contestant in my life. I really should start that, and so should all of you.

A lot of the Twitter universe were wondering why Pieterse was eliminated before a couple of other dancers. And to be honest, I kind of agree. Look, I'm a big fan of Nick Lachey. He's very charming and appears to be a loving father and husband. Sure, I'd like to see him do well, but he has been getting consistently low scores on the show, and consistently lower than Pieterse has. In Week 4, Lachey scored a 22 out of 30, which was his best dance yet, while Pieterse scored a 24.

The other dancers that I'm having a hard time believing were safe? Well, Terrell Owens and Drew Scott are still both in the competition, for reasons that are still a little confusing to me. Again, I'm sure they are both lovely guys and yes, they have made improvements in their dancing skills. But they were by no means better dancers that Pieterse, so I don't understand how their Disney Night scores were better than hers. Sure, they're doing better but they're not that good. Then again, I'm hardly a qualified dance judge.

Someone who is taking this loss a lot more gracefully than I am is Pieterse herself, which feels important to note here. ABC saves the elimination for like the last 90 seconds of the episode, which gives the booted contestant about 15 seconds to say their goodbyes. In that tiny amount of time, Pieterse managed to be everything that is gracious and lovely. "I knew that it was gonna be amazing but it totally blew my expectations away," she said of her time on the show. "I have had such an incredible time and I love everybody here. So obviously this is a very sad moment for me." She added: "But I'm just so thankful and I've had such an amazing experience."

Pieterse's final performance was on Disney Night, where she and partner Gleb Savchenko danced a Rhumba to "Kiss the Girl" from The Little Mermaid and the judges all agreed she had made huge improvements. Carrie Ann Inaba praised her because her movements had become "oozier" which I am presuming is supposed to be a good thing. While I wish they had awarded her the nines they had bestowed on some of the other dancers, she had a good run and I will miss her in the weeks to come.