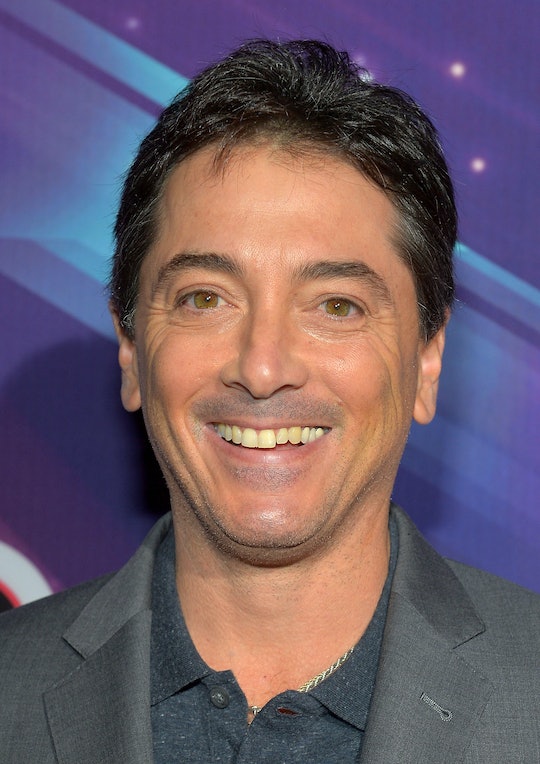 Why Did Scott Baio Endorse Donald Trump? His Reasoning Is Simple

The real question on the minds of American voters this election season was not about policies, or whether or not the Republicans would have a brokered convention. No, we were all wondering what lucky politician would gain the endorsement of Happy Days star Scott Baio. Well, the wait is finally over, with Chachi officially announcing his support of Donald Trump this week. But why did Scott Baio endorse Trump?

Baio told Fox News' Judge Jeanine Pirro that his endorsement of Trump was simple. "Because when he speaks, I understand him," Baio told Pirro. "He speaks like I speak, he communicates with people very well." Ah, so both Baio and Trump "have the best words" and speak at a fourth-grade level. "I want him, as any one person can do, to go into Washington and blow it up," Baio continued, adding that he was fed up with the Republican party because they've "lied and conned." He added that he now considers himself a "conservative independent."

Perhaps most importantly, Baio said that Americans needed "somebody to relentlessly, relentlessly attack" Democratic rival Hillary Clinton. "It's the only way we're going to win," Baio said. "I'm trying to be a classy guy, but to win elections nowadays, the Democrats and liberals attack viciously." According to Baio, "not getting in the dirt" doesn't work anymore. So prepare to get real muddy in the general election, y'all.

Baio's endorsement quickly caused him to start trending on Twitter, with some initially confused about why the actor, most recently known for something called See Dad Run, was popping up.

Baio joins a list of other illustrious celebrities like Aaron Carter and Kid Rock in supporting the former reality TV star's presidential bid. In 2012, Baio endorsed Mitt Romney, who is currently one of Trump's most vocal opponents in a race where the Republican establishment wants desperately to stop the momentum of the leading primary candidate.

"I believe in Governor Romney for a lot of different reasons. I’ve met him many times and he’s a straight up guy, he’s a good guy, great family man [and] his kids are fantastic," Baio said at the time, in an interview with Access Hollywood. After citing recent mean-spirited remarks against fellow conservative celeb Stacey Dash, who, back in 2012 had announced her support for Romney as well, Baio, now fully aboard the Trump Train, ironically stated, "I don’t think anybody should bash anybody for what they believe."

Earlier this election season, Baio supported Wisconsin Gov. Scott Walker, but clearly that didn't work out so well. Now we'll just have to wait and see whether this endorsement goes any better, and if the former Charles in Charge star gets the man of his choice to be in charge of the Oval Office.