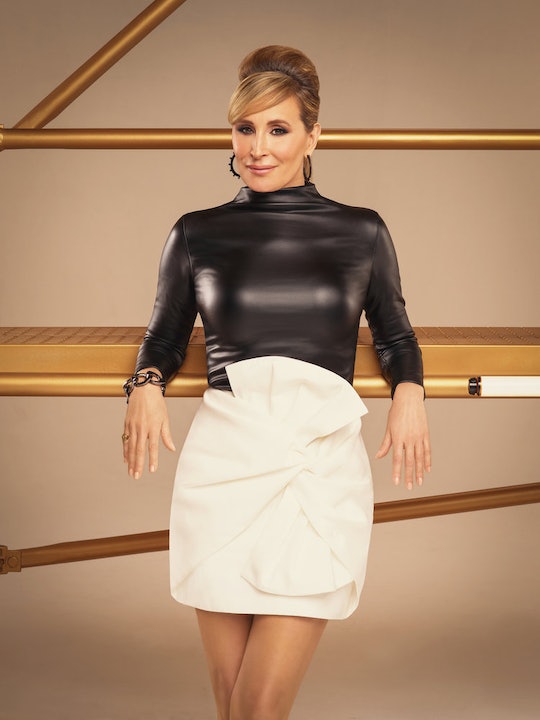 Sonja's Reason For Leaving The Townhouse On 'RHONY' Was Bittersweet

During last season's Real Housewives of New York City reunion show, viewers learned that Sonja Morgan took a big step forward: she got her asking price of $32,000 a month to rent her palatial Upper East Side townhouse. Season 10 finds her moving into a much smaller Columbus Circle apartment, but fans may be wondering why Sonja from RHONY moved in the first place. Truthfully, she has a bit of a fraught relationship with the townhouse.

It was the home she shared with ex-husband and J.P. Morgan heir John Morgan, and it's where her daughter, Quincy Adams Morgan, was born and raised. While that's part of what made leaving the townhouse so difficult, Sonja has also been accused of living in the past by her castmates, with the townhouse being a big anchor weighing her down.

"My kid was born here! She grew up here. On one hand I feel like I’m leaving a lot of memories behind in this house," Sonja said on the reunion show last year. "But it’s not forever, it’s just a two-year commitment. And the townhouse isn’t going anywhere."

The original plan was to sell the townhouse, which Sonja got to keep as part of her divorce settlement. After filing for bankruptcy following a $7 million lawsuit settlement, Sonja sold her properties in France and Colorado to try and keep up with her debts. She initially put the townhouse on the market for $12 million, then $10 million, then $7.2 million, after which she took the house off the market. (John Morgan paid $9.1 million for it when he purchased the house in 1998.)

Ultimately, Sonja decided to keep the house as an investment property and rent it out. "You sell when you can buy something more expensive," she explained to Entertainment Tonight. "When you can keep your houses and afford them, it's the thing to do…we're in New York. We're in 10065. It's the best zip code in the world!"

In addition to getting more bang for her buck that way, she also doesn't have to sever ties with the home completely. Even though she freely admitted that living in a townhouse of that size was "ridic" for one person — and she had let it slip from its former glory into a fixer-upper — Sonja wasn't quite ready to part ways with it. But it's clear she adores her new digs. On the RHONY Season 10 premiere, she gushed about how "fresh" she felt waking up in a new, smaller space. Asked during a panel at 2018 Tribeca Talks how she felt about leaving the townhouse behind, Sonja answered, "Lighter, freer," according to Bravo's The Daily Dish. She added, "I feel so good that finally I can feel secure having my daughter out of her childhood home and she’s on her way. I did my job as a mom, I really feel."

On the show, fans see Ramona Singer fighting Sonja's urge to paint her new pad pink, but from the looks of her Instagram, Sonja won that argument. And the millennial pink shade she went with actually looks pretty fresh and cute. Sorry, Ramona!

You can watch Sonja settle in when RHONY airs Wednesday nights on Bravo.