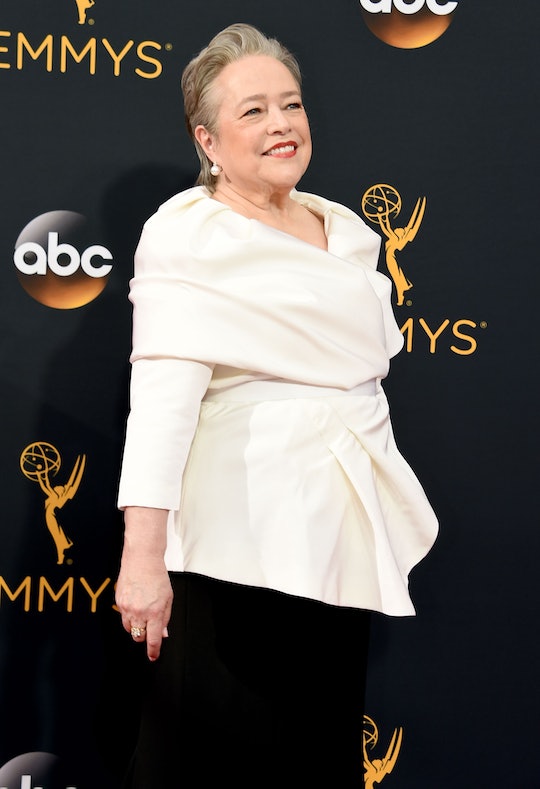 Why Did The Butcher Kill The Colony On 'AHS: Roanoke'? She Trapped Them Forever

American Horror Story Episode 4 finally revealed what happened to the Roanoke settlers, in a flashback within a flashback on a faux documentary. They successfully departed from their first settlement, where they were struggling to survive, and moved inland to the very spot where the haunted farmhouse now stands. They did well there and flourished, with the help of a little bit of human sacrifice, but the good times didn't last for long. Their leader, called the Butcher, first poisoned them and then took her meat cleaver to each and every colonist. But why did the Butcher kill the colony on AHS?

Everything was going well in the colonists' new home, but they didn't learn very much from the lessons of their past. When they first tried to rebel against the Butcher and drive her from the colony, she came back to wreck bloody vengeance on everyone. It would stand to reason that when they tried to rebel against her again it would lead to similarly violent consequences. Though they were thriving, no one was thrilled with the human sacrifice or the Butcher's dependence upon a witchy Lady Gaga. They wanted to return to their old settlement and embrace their Christianity again. They could no longer stand by and watch their leader commit murder. However, the Butcher wasn't about to let them out of her control.

While it seems her motives were at least half revenge, there was also a little bit more to it. By killing everyone according to Witchy Gaga's instruction and spilling their blood as a sacrifice, the Butcher was binding them all to the land. It gave her power over everyone for the rest of time. She basically had an entire ghost cult at her beck and call for eternity, tied both to her and to the land where they died. Killing them gave her the vengeance and power that she had always wanted. "Thou shalt have their souls enslaved to thee," Witchy Gaga tells the Butcher. "Thy servants for all eternity."

The colonists really couldn't have expected a different outcome considering how cleaver-happy the Butcher is – and the fact that she goes by the name the Butcher. After she poisoned and slaughtered them, the Butcher was also killed by Witchy Gaga, allowing her to rule over her colony in the afterlife, as well as unleash all manner of torment upon Shelby, Matt, and whoever else has the bad luck to stumble onto her land.