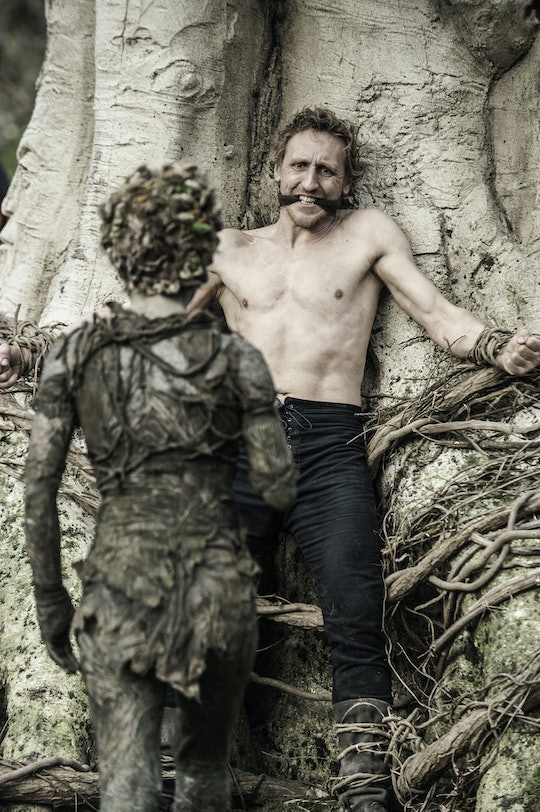 In Episode 5, the whole game changed for Bran and the rest of the Game of Thrones universe, and not just because the Night's King killed the Three-Eyed Raven. In one of his visions, Bran saw Leaf, one of the Children of the Forest, plunge what looked to be a dragonglass dagger into the heart of a shirtless man tied to a tree, thus creating the Night's King and the first White Walker. Leaf said that they created the White Walkers to fight the threat of men, but she left one major question unanswered: why did they choose this man to be the Night's King? Who is he?

Of course, there are tons of theories on who the Night's King actually is, some which were formed years ago. But those theories were based on events that happened in the books, and the series seems to be departing from that legend somewhat. In the books, the Night's King was a man, once a Lord Commander of the Night's Watch, who fell in love with a woman with "eyes like blue stars" and "skin as cold as ice," which pretty clearly describes a White Walker. This would of course mean that the White Walkers already existed when the Night's King was created. He was also supposed to have ruled on The Wall, and created all sorts of mischief, which would place his timeline well after the war, the time of the Last Hero, and Brandon the Builder.

According to Old Nan, the font of all knowledge, many speculated as to who the Night's King was, and from what family.

The internet has wondered if he might be Bran the Builder, our very own Bran Stark, or maybe a Lannister. Perhaps Old Nan was wrong, or at least, the book legends of the Night's King are wrong, and just now we are learning the true story. Perhaps this Night's King is an entirely different character than what George R.R. Martin created for his books. Perhaps it's a combination of the two. In any case, the question remains, what sort of man would the Children of the Forest choose to create into a White Walker? If they created him to defend themselves against the invading Andals, it would stand to reason that they would choose a person who already had a bone to pick with them. One of the First Men, perhaps? A Stark would be an obvious choice. Perhaps there was a Stark Lord Commander who fell in love with a Wildling, and the Children of the Forest created him into the Night's King. This would be a logical marriage of legend and what we know of the Night's King from the show.

In any case, we won't know until the showrunners decide to tell us. This season, please?