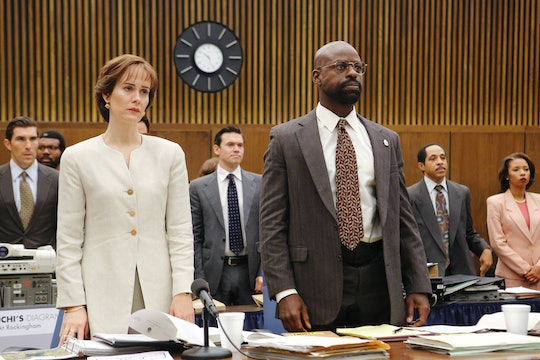 Why Did The O.J. Simpson Jury Only Deliberate For 4 Hours? Their Decision Had Been Made

One of the most shocking parts of the O.J. Simpson trial was the fact that the jury only deliberated for four hours. That's including a lunch break. After that many months of listening to testimonies and being presented evidence, it only took four hours for the jury to decide that O.J. Simpson was not guilty of the murders of Nicole Simpson Brown and Ron Goldman. But why did it only take the O.J. Simpson jury four hours? Well, according to interviews the jurors did after the acquittal, it seemed like, for most of them at least, their decision was already made when they walked into the deliberation chamber.

It's a known fact that after an initial — anonymous — tally of the jury's thoughts on guilty/not guilty, there were two jurors that thought that O.J. Simpson was guilty. But, clearly those two jurors were convinced, after talking through the case with the other jurors, that Simpson deserved the acquittal. USA Today reports that foreman Armanda Cooley said that the jury was impressed by "defense efforts to raise reasonable doubts that Simpson committed the killings," especially after the Fuhrman testimony.

USA Today also reports that Cooley and Marsha Rubin-Jackson, another juror, told Dateline NBC that Fuhrman made "the biggest impression on the jurors" during the trial.

Cooley, Rubin-Jackson, and juror Carrie Bess collaborated on a book, Madame Foreman, which supposedly outlined the jury's trepidations to believe Fuhrman's testimony. Bess writes in the book, "Fuhrman was the trial. Fuhrman found the hat. Fuhrman found the glove. Fuhrman found the blood. Fuhrman went over the gate. Fuhrman did everything. When you throw it out, what case do you have? You've got reasonable doubt right before you even get to the criminalists."

Then there was the glove. Juror Brenda Moran, according to People, said, "in plain English, [it] didn't fit." People also reports that according to Bess, the prosecution's claim that Simpson had gone from abusive husband to killer was a "waste of time."

So, it sounds like the decision had been made, which led to the jury deliberation being so short. While it isn't necessarily an easy pill to swallow — a jury deliberation ending basically before the lawyers even got out of the courthouse — it seems the jury was set in their decision. And for those that weren't, they were convinced by the end of the deliberation that the prosecution had not proven Simpson was guilty.