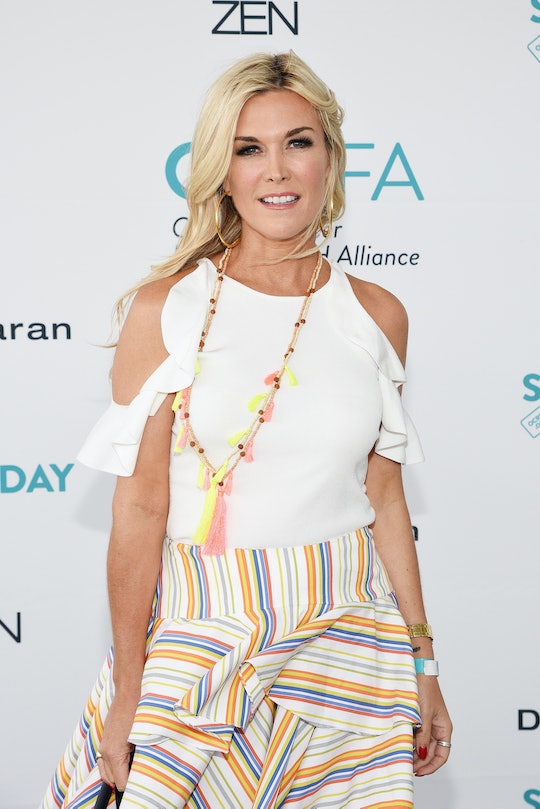 Back in October of 2017, sources began pouring out of the woodwork reporting that ex-socialite turned Real Housewife of New York star Tinsley Mortimer and CouponCabin.com founder and CEO Scott Kluth had split. She confirmed as much on the Season 10 premiere of RHONY, but why did Tinsley Mortimer and Scott Kluth break up? It seems like there were a lot of logistical reasons for the split more than heartbreak or betrayal, which definitely leaves the door open for the pair to reconcile.

"It was too much too soon," a source close to Mortimer told Page Six. "Long-distance relationships are never easy. They remain friendly and Tinsley hasn’t closed the door to a possible reconciliation in the future. She wishes him the best, but only time will tell if distance shall make the heart grow fonder."

Later, a source told Us Weekly that part of the reason distance became an obstacle was because, even though they traveled to see each other, Tinsley has a firm stance against leaving New York, while Scott is based in Chicago. And truthfully, it makes sense why she would choose to stay in her adopted city right now. The last time she moved states for a guy, she wound up in an allegedly abusive relationship with an arrest record.

Finally, a third source at the time told E! News regarding her split with Scott, "They had a lot of fun, and who's to say if it's definitely over for good? I could see them getting back together at some point."

According to The Daily Dish, fellow Real Housewife and castmate Ramona Singer told The Morning Breath podcast that the rumors of distance souring the relationship made sense to her, saying, "Well relationships, let's face it, are difficult at the best and when they're long distance, that's really tough and I think that was the problem."

But just a month later, Tinsley traveled to Chicago to see Scott and the visit seemed to be amicable. They attended a Bulls game together and even planned to spend Thanksgiving with each other. According to The Daily Dish, it had been two months since they'd spent any time together in person, but Tinsley was hopeful, telling the Chicago Tribune, "We love each other and we’re hoping we can work it out. It’s a day-by-day thing. This just happened. I just left Chicago (Sunday) and I’m hoping we are going to be OK."

Entwining their lives even further? Tinsley took a job working for Coupon Cabin as an account manager. It gave her and Scott an excuse to see each other more often, sure, but that can get complicated with a breakup in the mix. Even so, she said on an episode of Reality Life with Kate Casey, "I love working for his company... I love Chicago, and I love him and I’m just hopeful that we can make it work. And I think we can."

Given how confidently she told Andy Cohen that Scott was "the one" during the Season 9 Real Housewives of New York reunion special, it actually does seem possible for Tinsley and Scott to work it out, if they can get on the same page about choosing one city to live in. It's possible that one or the other's attachment to their hometown might shift with time and we'll be seeing yet another Real Housewives nuptials broadcast on Bravo.

For what it's worth, Tinsley and Scott always seemed like a franchise fan favorite couple, so they definitely have people rooting for them in the stands, unlike some of her castmates' romantic relationships.