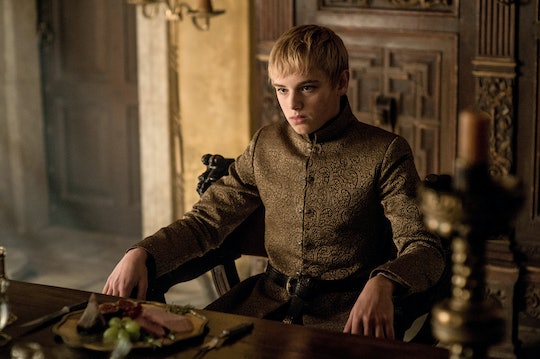 Why Did Tommen Kill Himself On ‘Game Of Thrones’? His Losses Were Too Much

After igniting the wildfire in the Season 6 finale of Game of Thrones, I think we all figured this season had met its dead-character quota. But after being held captive in his own chambers by his mother solely to keep him alive, Tommen jumps out of the window. So why does Tommen kill himself on Game of Thrones? It's obvious that the King's losses were too much and too great for him to bear, but it's the betrayal of his mother — his innate protector and defender from the world — that's likely the definitive reason for why Tommen jumped without looking back.

Tommen may have been too young for the Iron Throne, and he might have been a king unfit to make worthwhile decisions for himself, his people, and all of Westeros, but there's no denying he did his best. He was immature, sure, but aligning himself with the Faith for a stronger future for the realm was, in his eyes, his greatest decision as Commander-in-Chief. And yet Cersei took every possible opportunity to undermine Tommen's rule. For her last and final act, she betrayed Tommen's trust, murdering his wife, his brother-in-law, and effectively, his role in as King of the Seven Kingdoms. Any chance at revenge meant killing his mother, and there's no way I could see Tommen able to follow through with that. So, he jumped instead.

Tommen's jump to his death also confirms the prophecy made for Cersei all those years ago. According to Westeros.org, the prophecy predicts that Cersei's children will not survive her — and now, that's absolutely clear. Joffrey was killed by poison, likely the result of a plan hatched by Lady Olenna Tyrell and Littlefinger but blamed on Sansa Stark and Tyrion Lannister. Myrcella's death came later, the result of yet another vengeful plot, only this time it was at the hands of a plan carried out by Ellaria Sand and her three daughters. Kissing Myrcella before she boards the boat back to Westeros with her father, Jaime, Myrcella's death is actually a lot harder to watch than Joffrey's. As Jaime confesses that he's her father and that she's not a Baratheon by blood, Myrcella counters that she already knows — and adds that she's totally fine with that.

And on Sunday night's Season 6 finale of Game of Thrones, Tommen's death sever's the last shrouds of humanity in the Lannister family lineage.

The two deaths served as a warning for Cersei that the prophecy was well on its way to being 100 percent accurate, but the final nail in the coffin was Tommen jumping out of the window. Of course he was the baby, but there was just something that seemed so adorably babyish about him. Everything he did was in an effort to please her. And as he watched the Sept go up in flames, he released power is the only pleasure Cersei Lannister knows. And with the trial by combat no longer an option on the table, Cersei's only option was the wildfire. But I highly doubt she thought her act of rebellion would be the force propelling her son to jump out of a window. Unfortunately, her complete and utter betrayal was just too much to get over. RIP, Tommen. We'll miss you.