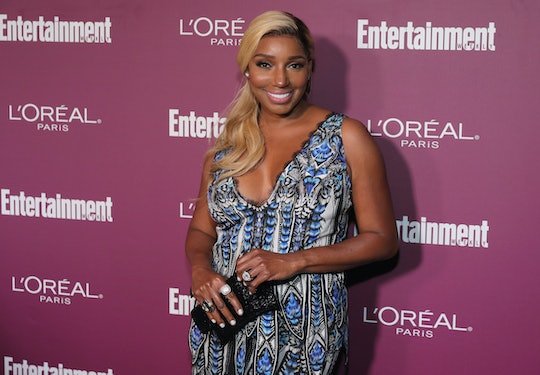 On Oct. 7, Eva Marcille married Michael Sterling. But since The Real Housewives of Atlanta is filmed months before it airs, audiences are still in the thick of her pre-wedding preparations. That includes a bachelorette party. Eva's co-stars were surprised to discover that nearly all of them hadn't been invited, especially since NeNe Leakes would be speaking at the wedding. So why didn't Eva invite NeNe to her bachelorette party?

The reason is a little confusing, to be honest. In a clip from "Sisterhood of the Traveling Peaches," it comes up when all the women are sitting down to dinner. Cynthia Bailey brings it up by asking how Eva's bachelorette party in Miami went, something she only found out about from social media. Eva replies that it was a surprise girls' trip, but Porsha Williams interjects that she was invited some time ago. That means it couldn't be a total surprise.

Porsha didn't think the party was a secret, though she found it a little strange that she was invited when NeNe wasn't, especially since NeNe was going to be a part of the actual wedding. Eva asks NeNe if she thinks that's weird, but there's no answer before the clip cuts out. It seems like Eva is saying that she didn't have a hand in the guest list because it may have been planned by someone else (hence it being a surprise to her), but it's hard to figure out without seeing how the conversation resolves. If Porsha was invited personally by Eva, the surprise angle becomes a little harder to buy.

However, even if this creates some friction, it doesn't seem to have caused an issue for Eva and NeNe longterm. According to People, NeNe did attend Eva's wedding and even gave a toast. She offered Eva a twist on a classic piece of marriage advice. Though many say not to ever go to bed angry, NeNe says sometimes you will — the key is to not sleep apart no matter how frustrated you are. If Eva and NeNe are still close (and it appears they are), then it seems like they got past this bachelorette bump.

There are a lot of details about the planning of the bachelorette party that just aren't clear. Perhaps Eva mentioned the possibility of a party to Porsha but didn't know the exact date at the time, or didn't realize it would involve a trip. Maybe she simply chose to celebrate with a different group of friends and didn't want it to cause drama with her co-stars — though that's pretty impossible to avoid with the Real Housewives.

Whatever the reason behind Eva's decision not to invite NeNe (or any of the other women) to her bachelorette party, at least it didn't cause any lasting issues between them.