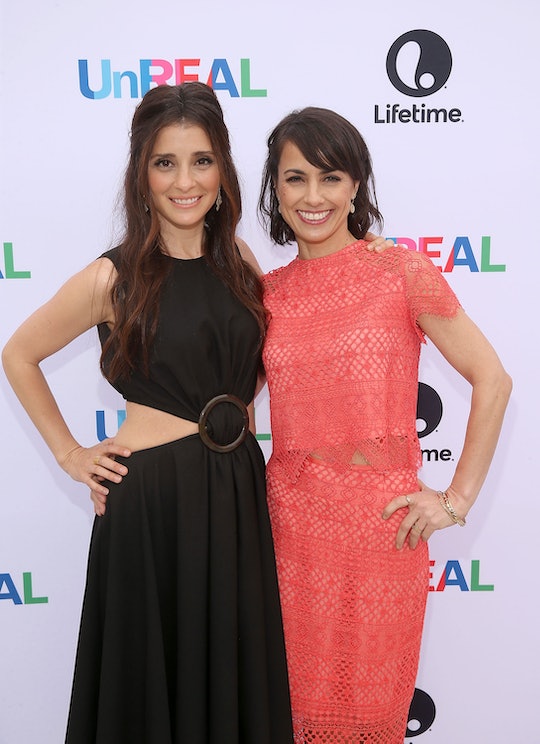 Why Didn't 'UnREAL' Get An Emmy Nomination? It Was Totally Snubbed

There are few things I love more than reality shows about finding love and shows parodying reality shows about finding love. That's why I clearly love UnREAL. The Lifetime show is the definition of a dark horse, coming out quietly, and then bam, totally grabbing the attention of hopeless romantics everywhere who are mega-aware that shows involving roses and such sometimes seem too good to be true. It instantly became a hit, but didn't get that much love at the 2016 Emmy nominations. So, why didn't UnREAL get nominated for an Emmy?

If you are wondering just what happened with the nomination for Outstanding Drama Series that the show clearly deserved, you are not alone. The show started out with a bang, and only continued growing from there. Now, as it continues solidly into its second season, fans are recruiting more and more fans to watch and react to it the same way. So where is the disconnect between fans and Emmy voters? The snub — because yes, this was a snub — was widely discussed on Twitter after the nominations, and rightfully so. While the show saw some love from the Emmy voters, it ultimately didn't get the attention it truly deserves. Don't believe me? Just check out some of the reactions.

There is a silver lining in this situation that makes me want to go out and get a certain wrist tattoo (fans know what I'm talking about). Constance Zimmer, the actor who plays Quinn, was nominated for her role in the series. The series was also nominated for Outstanding Writing for a Drama Series, which is great, because like, the writing on this show is out of this world.

The show is up against some stiff competition in this category, but that doesn't mean anything yet. UnREAL is up against Downton Abbey, Game of Thrones, Mr. Robot, The Americans, and The Good Wife, but there's no reason to think that they can't come out on top. (Side note: the Game of Thrones episode up for Outstanding Writing is Battle of the Bastards, which will be quite the feat to beat.)

Hopefully, as some of these shows come to an end (The Good Wife and Downton Abbey) other shows like UnREAL will see their time in the spotlight. As the show keeps growing, so does the fanbase, and they won't be quiet for long.