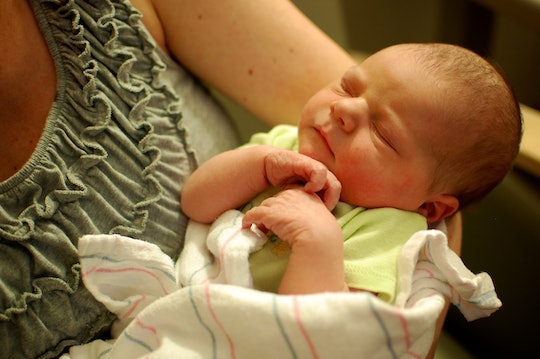 Why Do Babies Have Seizures? The More You Know, The Better You Can React

Few things can be more frightening to new parents than the idea of their children being in any kind of danger. The thought of a baby suffering a seizure, for example, is pretty scary for any parent. How do you cope with feeling helpless when your child appears to be in danger? Especially when you don’t know why babies have seizures. Unfortunately, some babies do have seizures if their brain starts sending out too many electrical charges at the same time. The exact cause and reaction, however, may vary from child to child. Although anyone could have a seizure under the right circumstances, newborn seizures are scary for parents in particular because they represent an unknown danger to their child.

But this does not mean you should embark down the dangerous search engine hole just yet. The Epilepsy Foundation notes that most infants who experience seizures still have an, excellent chance at developing normally. But, you’re a parent, and you can’t help but fear the unknown when it comes to your children. The best way to fight that fear is with information. So here is a brief introduction to the causes of seizures, ways to identify them, and what constitutes a cause for concern. And of course, if you’re concerned about your baby’s health for any reason, don’t hesitate to see your healthcare provider for an expert opinion.

What Causes Babies to Have Seizures?

According to the Children’s Hospital, whenever the brain’s cells over-fire, the brain’s signals can get disrupted and cause a seizure. Although this sounds very alarming, seizures are actually common among children and may not necessarily indicate any harm to your child.

Stanford Children’s Health also notes that factors such as birth trauma, congenital problems, an infection, or chemical imbalances may contribute to seizures in your infant. In addition, blood sugar imbalances, metabolic problems, or a lack of oxygen during birth can trigger a seizure in newborns.

Neonatal, or newborn, seizures may be subtle and difficult to spot. According to the Benioff Children’s Hospital, they may involves symptoms like repetitive facial movements, staring, or jerking motions of the face, arms, or legs. Pedaling movements of the legs and pauses in breathing may also indicate seizure. If you’re concerned that your baby may be experiencing these symptoms, it’s a good idea to make a log of them to help your healthcare provider reach a diagnosis.

What Is Considered Normal?

There are many symptoms that can be mistaken for seizures in newborns. The Moro reflex, for example, is a response babies have to being startled, wherein they fling their arms out sideways. Even a trembling of the arms and legs while crying can cause some parents to worry, but it’s merely a bodily reaction to your child’s tears.

What Are Causes of Concern?

Because prolonged seizures may harm the infant’s flow of oxygen to the brain and cause permanent damage, it is important to seek medical help immediately if your baby starts showing signs of seizure.

What Are the Signs of Epilepsy?

Epilepsy, a disorder that causes seizures, can be difficult to diagnose in newborns because they have normal responses that may easily be mistaken for seizures. Even experts may have difficulty telling whether a newborn is experiencing epileptic seizures. Some signs to look out for include repeated episodes of what appear to be seizures, episodes that occur while the infant is awake or asleep, and behaviors that do not seem typical of children at that development age.