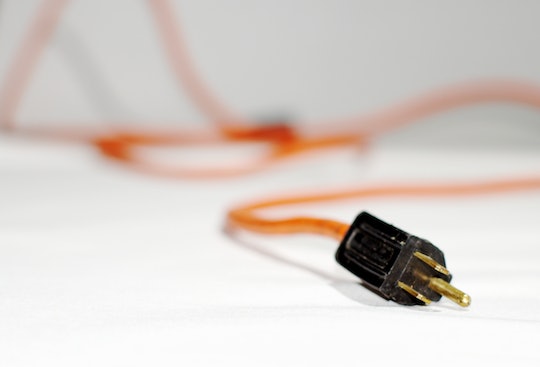 Why Do Babies Have Umbilical Cords? Everything To Know About Baby's Lifeline

Many of us are familiar with the tradition of a baby’s father cutting the umbilical cord in the delivery room because we see it happen in movies all the time. You may also have heard horror stories of umbilical cords being wrapped around a baby’s neck at delivery. But do you actually know why babies have umbilical cords, other than connecting them to their mother in kind of an alien-like way and makes the fetus a literal parasite? That freaky cord is your baby’s lifeline, in every sense of the word.

According to the American Pregnancy Association the umbilical cord attaches the fetus to the placenta in utero. The placenta is the coolest thing potentially ever, in that it is a brand new organ that your body develops just for the purpose of supporting your pregnancy (and gets rid of when it’s over.) The placenta is what carries blood, oxygen, and nutrients to the fetus while in the womb, according to Mayo Clinic. The umbilical cord connects the two.

As the American Pregnancy Association notes, the umbilical cord is made up of blood vessels, some of which carry blood to the fetus from the placenta, and some that carry it the other way. It can grow up to 23.5 inches long, giving your baby enough length to move around your uterus without damaging the cord or placenta. The umbilical cord can sometime become tied in a knot during pregnancy, but that’s normal and doesn’t pose any threat to the baby.

At birth, the umbilical cord is usually clamped and cut right away, sometimes by the baby’s other parent. However, new research from the World Health Organization suggests waiting until the cord stops pulsating (usually one to five minutes) before clamping and cutting, as this can help reduce anemia in newborns, since one-third of a baby’s blood supply is in the placenta at all times and waiting allows that blood to transfer to the baby. Another benefit of waiting to cut the cord is that it helps a baby establish regular breathing more quickly. There’s also the option of having a “lotus birth,” where you don’t cut the cord and allow it to naturally detach, a process that usually takes several days (you do you).