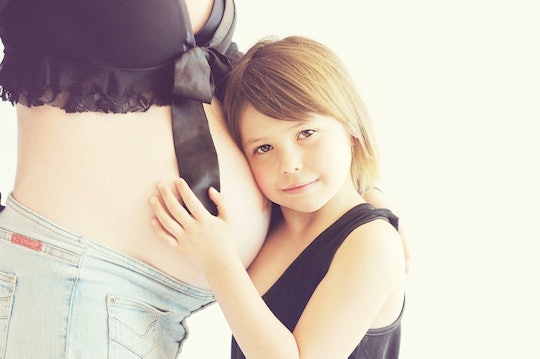 Why Do I Feel Guilty For Having Another Baby?

Getting pregnant with my second child was a big pot of emotion soup. First I was surprised, then excited, followed by. . . guilt? I didn't see that one coming. But oh yeah — guilt showed up. Like a current of electricity running through a wire, the thought of adding another child to our family would send jolts of guilt through my mind on a regular basis. I thought that the joy of a new baby would overshadow any negative thoughts. Why do I feel guilty for having another baby, I would wonder when those nasty feelings crept in. But the more I talked to other moms, the more I realized I was not alone.

As it turns out, this experience was quite common with my friends, it's just not something they typically worked into casual conversation. But the more we began to open up and be honest with each other, the more we all realized that we grappled with the same guilty mentality about adding a baby to the mix. Life seemed so good just as is — would this infant ruin all that and shake up the balance? There were so many questions that induced the guilt.

If you've felt that new baby guilt sneaking in and wonder where it is coming from, consider these reasons you may be feeling guilty about having another child, and do your best to make peace with each one.