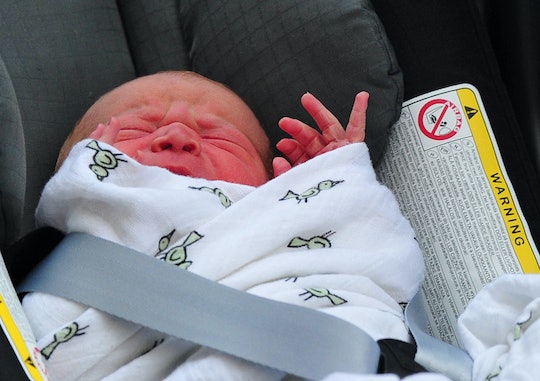 Why Do Parents Forget Their Kids In The Car? Experts Say We Shouldn't Judge Them

Approximately 37 children die from heat stroke, or other heat-related illnesses, every year after being locked inside a car or family vehicle. And while many cannot understand why tragedies like this occur in the first — "how could you possibly forget your kid is in the car?", "how neglectful do you have to be?", some people might ask — the truth of the matter is that accidents like this happen because they are accidents. But why exactly do parents forget their kids in cars? What causes these lapses in judgement and/or memory? Well, experts say we shouldn’t judge parents who make these mistakes, because these “transgressions” have more to do with cognition and human thought processes than intention or negligence.

More Like This
Survey: Just 30% Of Parents Would Get Their Kids Vaccinated Against COVID-19 Right Away
People Have Thoughts About A Mom Saying That Parents Are "The Real Teachers"
Peloton Recalls Treadmills After Child’s Death & Injuries
How To Tell If Your Baby's Behavior Is A Sign Of Stimming

As David Diamond, professor of Cognitive & Neural Sciences at The University of South Florida, explained to Parents, individuals who leave their children locked in cars “are not negligent parents who have forgotten their kids.” However, understanding exactly why many parents make this mistake requires a basic understanding of the brain and the brain's two very different parts: the basal ganglia and the prefrontal cortex and hippocampus.

Basal ganglia are the body’s "background system." They are the part of the brain that controls one’s “habits” and allows individuals to “do things without thinking,” Diamond explained. For example, if you are asked to brush your teeth, you don’t need to think about how you would brush or what you would do, you simply grab your brush and toothpaste and do it. And, according to Diamond, the same goes for driving:

Once you've driven from Point A to Point B enough times, you can do it without thinking. You might not even remember the trip.

However, not all actions are autonomous, and that is where the prefrontal cortex and hippocampus come into play, as these parts of the are responsible for processing new information. Sometimes there will be an overlap, and your brain will be forced to alter or overwrite an existing habit with the advent of new information. Unfortunately, this is easier said than done because, according to Diamond, the basal ganglia and prefrontal cortex/hippocampus are — by nature — at odds with each other.

[Imagine you are making the same drive, outlined above, my before you leave work you partner asks you to stop and buy milk. While your prefrontal cortex and hippocampus work to process the new data,] it's common to drive right past the store and come home. When your partner says, 'Where's the milk?' you feel flustered because you remember the conversation, but for some reason you came home instead...because you were on autopilot. [Because] the basal ganglia actually suppress the prefrontal cortex and hippocampus from bringing that memory to your consciousness.

What’s more, according to Diamond, stress worsens this phenomenon:

[Stress] affects how our prefrontal cortex functions and makes it more likely we'll do something out of habit.

And as any mother or father knows, parenting is exhausting and parenting is stressful. In fact, becoming a mother has been the most stressful experience in my life.

However, experts also believe another factor may be at play here, and a completely non-clinical one at that. According to Parents, leaving children strapped in their carseats is a relatively new phenomenon. In fact, from 1990 to 1992, there were only 11 known deaths of children from being left in a car. In the early '90s, many children rode in the passenger's seat, right beside mom or dad. But everything changed in the mid-'90s, when passenger-side airbags became commonplace, and when passenger-side airbags began killing kids in carseats.

And children were dying: 63 children in 1995 alone were killed by airbags after riding in the front seat. So laws changed, and regulations changed, and car seats were moved to the backseat.

The good news, according to Parents, is that not a single child has died as a result of an airbag injury since 2003, but at least 110 kids died from heatstroke between 2011 to 2013 — a tenfold increase over the prior decade — and many believe that is because parents cannot see their children.

Many believe that is because there is no visual cue reminding parents their kiddo is in the car, especially when that child is silent and/or sleeping. Especially when your brain may already be on auto-pilot.

In a 2014 interview with TIME, Ravi Maini, a lieutenant with the Cy-Fair Volunteer Fire Department, echoed a similar sentiment:

That’s something accidental. Most people are quick to judge and say, ‘I would never do that, that’s a bad parent,’ but sometimes people make mistakes.

The good news is that some companies are trying to find ways to help parents. Some companies are attempting to turn pre-existing technology into a solid parenting companion, app, and tool. Take Waze, for example.

Waze is a GPS/community-based traffic app designed to help users save time and money on their commutes. However, earlier this month, the company rolled out the "child reminder" feature, which, when enabled, prompts an alert to appear at the end of a trip. According to GeekWire, even though the feature is still in beta, it can be found under the settings and it will allow users to set a custom message.

Of course, Waze's efforts are far from fail-proof, and not everyone has access to Waze and/or smartphone technology. But Waze's thoughtfulness shows innovation and initiative, and Waze's efforts are commendable. Because car seat deaths are a problem. They are a cause for concern, but instead of pointing fingers, lets help one another. Let's work to solve this problem together.