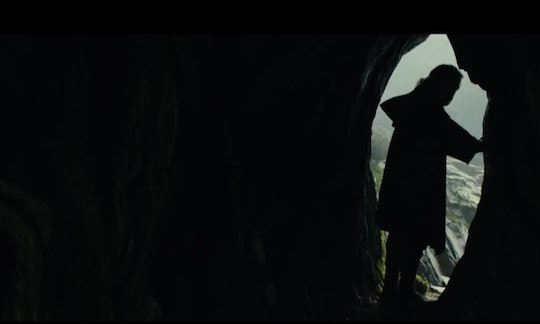 Just when you thought Fridays couldn't get any better, a new trailer for The Last Jedi has dropped and left fans with so many questions, one of which involves something that the narrator (which I believe is Mark Hamill's Luke Skywalker) says about the Jedi line needing to end. So why do the Jedi need to end? It's certainly enough to make fans worried. Obviously, given the film's title, it makes sense that such a claim would be given, but why? Why can't the Jedi line continue throughout more generations? But maybe it's not a question of if it can, but rather a question of it being something that Luke himself wants to see come to a close.

“I only know one truth," Luke states in the clip. "It’s time for the Jedi to end." That certainly makes it sound like this is something that Luke wants rather than an inevitable issue. But what is making him say this? Has there perhaps been too much death and loss due to the powers of the Force that he wants to put an end to both the light and dark sides completely? As per usual, fans are left to make their own interpretations as to what this could mean for the future of these characters.

It's also worth noting that Darth Vader's iconic mask also makes an appearance in the teaser and it is in pretty rough shape. Could this mean that good will prevail over darkness in the end? Maybe that's why Luke believes the time has come for the Jedi line to come to a close — because they will no longer be needed. That seems a little unlikely since villains are kinda like daisies. As soon as one is gone, another one pops up suddenly in its place. But who knows what Luke has been doing with his time on that island. Maybe he knows how the future is going to pan out... and Jedi no longer need to be part of it.

Others who make an appearance throughout the short trailer include Daisy Ridley (Rey), John Boyega (Finn), Adam Driver (Kylo Ren), and Oscar Isaac (Poe), and of course, BB-8. If you're anything like me, then you've probably watched the video multiple times by now (I'm on round five, you?), and some may have noticed a mysterious symbol showcased as well. What does it mean and how will this fit into Luke's plan to end the Jedi? Like I said, we're left with more questions than answers, but it certainly is a nice treat to start the weekend off right.

I mean, if you aren't sitting at home trying to dissect every detail of a Star Wars trailer during the weekend, are you truly living your best life?