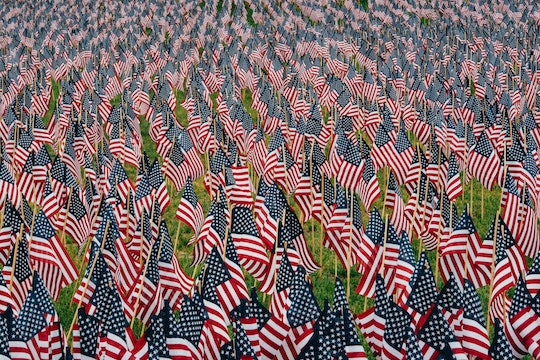 Why Do We Celebrate Memorial Day?

Of all the holidays that we celebrate as Americans, one of the most important is Memorial Day. But despite the fact that it happens every year, many people think of the holiday as simply a celebration of the beginning of summer — a time to barbecue with friends, hang out at the beach, and book fun travel plans. We get the day off of work and there are parades all over the nations, but why do we celebrate Memorial Day? The history behind the holiday is just as important as the time you're planning to spend with your family.

According to the History Channel, Memorial Day was originally called Decoration Day. The site notes that it was established on May 6, 1862 by General John A. Logan as a way to remember the soldiers who were killed during the Civil War. The date wasn't the anniversary of any specific battle, but rather a date he chose as a way to honor everyone who had died.

Though no one is really sure how, eventually people began calling the day Memorial Day, and during World War I, the date came to signify remembrance for all wars, not just the Cicil War.

In 1971, the Federal Government established the holiday on the last Monday of May, as a way to grant employees a three day weekend. Although, to this day, some states celebrate on different dates (Texas on January 19, and Alabama, Georgia, Mississippi, and Florida on April 26th), most states reserve the last Monday of May as a day to honor all of America's fallen soldiers, in wars both past and present.

Besides honoring the national moment of remembrance at three p.m. local time, there are lots of amazing ways to celebrate the true history of Memorial Day with your family and friends this year.

More Like This
Rainbow Baby Shower Ideas To Celebrate A Very Special Baby
New Barney Docuseries Will Dive Into The Dark Side Of The Beloved '90s Kids' Show
Every State’s Favorite Halloween Movie For Kids In 2022
You Can Stay At A ‘Hocus Pocus’ House On Airbnb — And It’s In Salem!