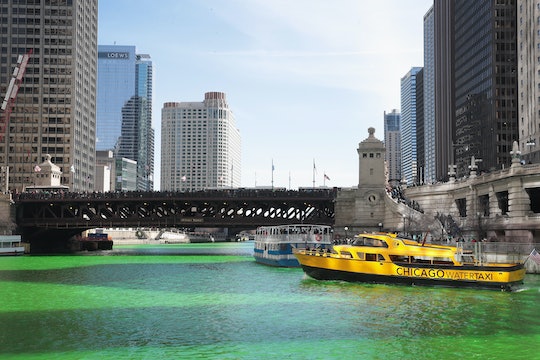 In its current incarnation, St. Patrick's Day is celebrated by dyeing rivers green, drinking Guinness, and dressing in emerald hues. In other words, it's the perfect holiday. But even before rowdy parades and shamrock-shaped cookies became associated with the holiday, it had a storied and compelling history. So why do we celebrate St. Patrick's Day, and did one man wielding a shillelagh really drive all the snakes from Ireland?

First, it helps to remember that this holiday has fairly ancient roots. For more than 1,000 years, St. Patrick's Day has been celebrated on March 17, in honor of the death day of the saint himself, according to the website for The History Channel. As far as most sources can tell, the man lived a fascinating life. Born in Roman Britain in the year 387, St. Patrick was captured by Irish pirates and brought to live in captivity in Ireland as a young teenager, as explained by Catholic.org. After escaping home to his family, he joined the priesthood and, following a vision, returned to Ireland to preach and convert the local pagans and Druids to Catholicism, as further explained by Catholic.org. Following his death on March 17, 461, he has since been remembered as the man who brought Christianity to Ireland.

As with most historical figures, telling the facts from the myths can be a tricky practice. As explained in Christianity Today, St. Patrick did not actually drive the snakes from Ireland, because no snakes lived on the Emerald Isle to begin with. However, there is one familiar holiday symbol that is credited to his influence. According to Irish legend, St. Patrick used the three-leafed shamrock to explain the concept of the Holy Trinity to his followers, as noted by TIME. At any rate, it looks like the green shamrock has deep historical ties to this holiday.

Snakes and shamrocks aside, how did observing the death of a missionary turn into the raucous celebration as it is known today? Well, the holiday was more subdued in its early years, by all accounts. The Feast Day celebration began in 1631, and by the 1700s Christians were allowed to break from Lenten fasting during the holiday, as noted in Time. The general rowdiness, as well as a more secular take on the holiday, soon followed. Irish immigrants in the United States started holding St. Patrick's Day parades in the 1700s, and the celebrations steadily grew wilder from there, as noted by Britannica. So when you're throwing back a green beer at your city's parade this year, take a minute to remember the man who performed missionary work in Ireland all those years ago.