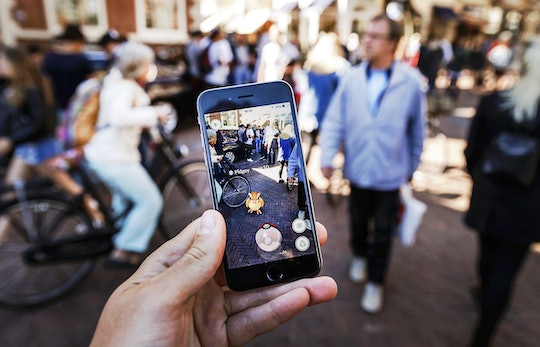 Why Does My "Pokemon Go" Freeze? Here's How to Fix It

"Pokemon Go," the gaming app responsible for getting people outdoors again, is taking over the world. In the week since its release, the app has attracted more users than Tinder. But as millions around the globe sign on to the game's servers, players may come across glitches. So why does your "Pokemon Go" freeze? There are several possible culprits.

The augmented reality game turns users into Pokemon trainers and sends them running around their neighborhoods on a quest to catch animated monsters. The game uses your phone's camera and GPS to create characters that pop up in the real world. So far, there have been a few real-life snags — one girl in Wyoming reportedly came across a dead body in the water near the Wind River while searching for Pokemon and others have reportedly been robbed by thieves using the app to target victims — but the pros seem to largely outweigh the cons when it comes to implementing things in the tangible world. Instead, it seems it's the app itself that's been giving some users issues.

With this much technology at play, "Pokemon Go" is bound to have some bugs. Most of them occur because there are so many people using the game's servers. These issues are common among apps that become popular overnight. The Simpsons: Tapped Out, a game created by Electronic Arts, famously broke down when it was first launched.

But a few bugs don't need to mean the end of your gaming experience. Here are three easy fixes for when "Pokemon Go" freezes.

According to Reddit, one way to fix a frozen "Pokemon Go" screen, is to turn off LTE on an iPhone. Go to your phone's cellular menu, choose cellular data options, click on enable LTE, and then swipe it off. This should significantly reduce freezing.

If your phone happens to freeze when you've just captured a Pokemon, do not force close it immediately. If you hold off for a minute, a spinning button should appear on the upper left. After that button appears, you can successfully force close the app and will likely hold on to what you've captured. Go to the journal and confirm the capture once you force close.

If an issue occurs repeatedly, it may be time to report the bug to the makers of the game, Niantic. The company predicted issues like these might occur and even delayed the global release of the app until they sort through initial bugs. To report a problem, tap the Pokeball, then choose settings, click on "report high-priority issue" and then submit a gym or Pokestop form.

These recent problems with the app are not keeping fans away, of course. "Users are able to write off a lot of the initial issues because they're so attached to the brand," said Jordan Edelson, CEO of developer Appetizer Mobile.

If "Pokemon Go's" servers get overloaded, however, it could mean trouble for the future of the app. Users are known to be impatient with technical glitches and could get bored and move on if they get worse. But don't worry, guys. There's always solitaire.