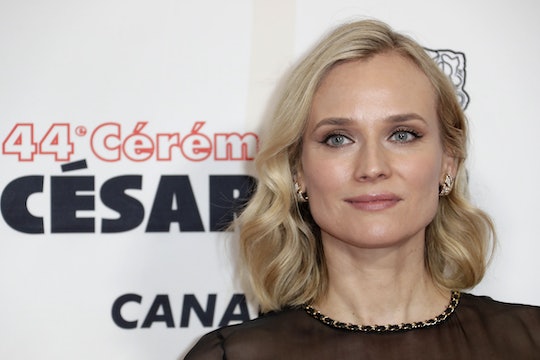 Actress Diane Kruger and her partner, Walking Dead star Norman Reedus, welcomed their first daughter together in November 2018. And six months after the delivery, we still don't know the little one's name. So why hasn't Diane Kruger shared her baby's name? The reason highlights a critical issue celebrity parents face.

Kruger never confirmed her daughter's arrival with an official statement, but she has opened up about her first child before.

"For a long time, the desire for a child didn’t preoccupy me," the 42-year-old star told Madame Figaro. "I had my ways. I was fine without one. In short, I didn’t feel absolutely ready. Life ensured my daughter arrived at the right time. It was a surprise, and she is beautiful."

Given Kruger's delight over the birth, it's understandable that some of her supporters want to learn more about the little girl, including her moniker. But to the confusion of fans, she hasn't revealed the baby's name yet.

Of course, Kruger isn't required to share the intimate details about her personal life, especially where it concerns her daughter. The actress touched on this sentiment in an interview with People, noting that she wants to keep her child's life private for safety reasons.

"Well first and above all, it’s safety," she explained. "We have The Walking Dead empire which has a lot of very intense fandomship that comes with it."

She added: "We had a couple [of] incidences before her arrival that were not so fun to deal with and so my main concern’s her safety." Which is totally understandable.

Another reason why Kruger is keeping the name under wraps? Her baby is an innocent figure in all of this.

"And secondly, she is an innocent, young, vulnerable baby and I think I just don’t understand why America doesn’t have better laws for children," she added.

Fair enough. Reedus and Kruger's child didn't ask to be famous — she was simply born to well-known parents. And just because Kruger and Reedus are in the spotlight, it doesn't mean their daughter has to be.

Kruger touched on this important issue in a January Instagram post, sharing that someone took and shared photos of her baby without permission. Ugh.

"These pictures were taken without our consent and expose a vulnerable and innocent baby," she penned in part. "While we understand that some people would like to see a picture of our daughter, we as parents, want nothing more than allow her to grow up in privacy and safety."

Kruger's request, although disappointing to some fans, is a simple one. Celebrities have the right go out in public without having to worry about fans photographing their kids, no matter the intent.

Hills alum Kristin Cavallari brought up a similar sentiment when discussing whether her children will ever appear on Very Cavallari, telling People, per HuffPost:

My kids will not be on it. They would love to watch the monitors and they were around sometimes when we would film, but we want to keep them kids. ... We want them to grow up as normal as possible. And so when they’re old enough to decide they want a camera in their face, that’s one thing, but for now we just want to keep them kids.

The key word here is "decide." When Cavallari's kids — and Kruger and Reedus' daughter — are old enough, they can choose whether they want to be in the public eye or not. It all boils down to consent.

In the meantime, fans can wish Kruger, Reedus, and their daughter well during this happy time in their lives. There's nothing wrong with supporting and appreciating an adorable family from a respectable distance.