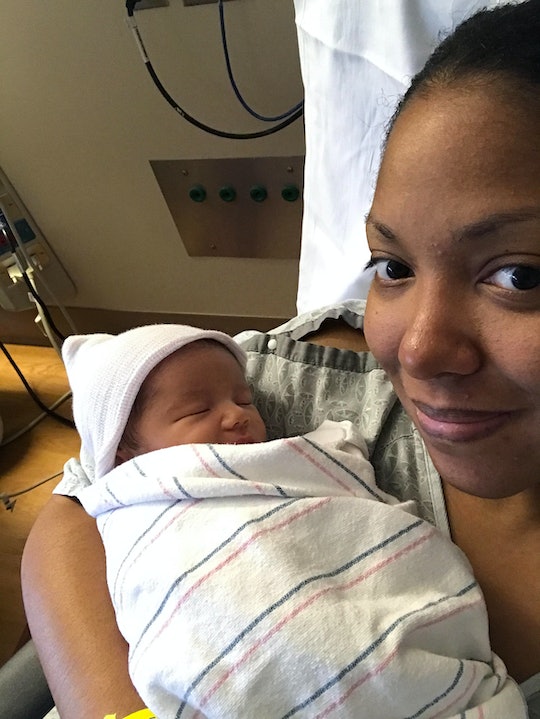 Why I Don't Call My Son A 'Rainbow Baby'

Last year, my husband and I decided to try to have another baby. We already had a 9-year-old girl and 6-year-old twins, and we thought it might be a good time to have one last child. So I stopped taking my birth control, went to a doctor, and started taking folic acid supplements. I got pregnant right away.

We were overjoyed. We started discussing baby names, and I couldn’t wait to tell my family and friends. But a week after I found out I was pregnant, I started having pain. At first, it came on gradually, with just a few small twinges of pain in my abdomen. I tried not to worry about it, but when the pain intensified, I decided to go to the emergency room, where I found out that I'd lost the pregnancy.

It was not the first time I'd had a miscarriage. The first was years ago, when our oldest daughter Anneka was 2 years old. A few weeks after I found out I was expecting, I started having cramps in my lower abdomen, which was followed by spotting. We went to the emergency room, where I was told I'd had a miscarriage.

After that first miscarriage, I was devastated. "How could this have happened to us?," I wondered. "Was it something I did?" Although my doctors and nurses reassured me that it wasn't my fault, and that sometimes these things just happen without rhyme or reason, I questioned whether all of the worry and stress over fearing the worst had actually caused the worst to happen. I wasn't sure if I wanted to get pregnant again, but shortly afterwards, I gave birth to my twins.

After my second miscarriage, I went on parenting and pregnancy message boards, looking for other women who had miscarried or lost a pregnancy. None of my friends or even family members could relate to what I’d been through, and although they were supportive, they didn’t truly understand. Because I was only 6 weeks pregnant when I learned I had lost my child, I had no answers — only questions.

The term "rainbow baby" is steeped in grief and darkness. I’d rather live my life, with my children, in the light.

At one point, I saw there were specific groups for moms of rainbow babies. I'd never heard of the term before, but a rainbow baby is the child you have right after the loss of another baby, whether it’s from miscarriage, stillbirth or infant loss. A rainbow baby is meant to represent the rainbow that appears after a storm. Some of the mothers on the message boards had already had rainbow babies, as I had after my first miscarriage, and some were in the process of trying to conceive.

I had mixed feelings about the term. I thought the sentiment was sweet, but most of the posts focused so much on the loss and the sadness associated with it. Even the women who were pregnant with their own rainbow babies struggled with how to emotionally process their pregnancies, due to the pain of their previous loss.

Shortly after my second miscarriage, I found out I was pregnant with another rainbow baby. I was terrified — what if I lost this baby, too? But my fear eventually gave way to cautious optimism. I decided not to dwell on the negative and on what could potentially happen to my pregnancy, and focus instead on the positive. So when my fourth child was finally born, I decided not to refer to him as my rainbow baby. I would focus on him solely, as his own person, not as a product of the loss and sadness I'd felt right before him.

I don’t want to look at my son's smiling face and think, “You’re here because another baby isn’t.”

That said, I understand why women who have lost a pregnancy use the term "rainbow baby." Finding out that your pregnancy will not continue is an incredibly dark moment, and knowing there is a rainbow after the storm probably helps a lot of women deal with the pain. But I feel uncomfortable with the term, because it serves as a constant reminder of the loss I felt before the birth of my son. I don’t want to look at his smiling face and think, “You’re here because another baby isn’t.” To me, the term is steeped in grief and darkness. I’d rather live my life, with my children, in the light.

As time goes on, it has been easier to deal with my two miscarriages. I don’t think about them every day anymore, and I don’t cry when talking about it. But if I called my son my rainbow baby, I’d be constantly reminded of the two babies I lost — even though I will never truly forget.