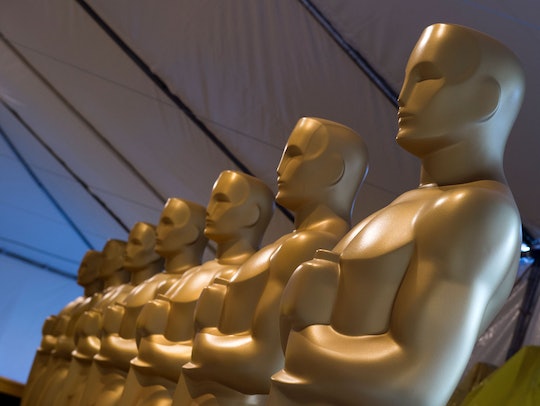 Why I'm Not Watching The Oscars This Year

I'm so over the Oscars, but it's not because of #OscarsSoWhite. Of course, I'm angry and upset and I agree with Jada Pinkett and Will Smith, Spike Lee, and the countless others boycotting the show for its blatant lack of nominations awarded to actors and other people of color in the movie industry. I'm not watching the Oscars this year because I don't care who wins. Period. I'm not invested enough in the movies or actors nominated because, I feel, Hollywood isn't invested in me. Other than seeing how Chris Rock handles the controversy, theres no reason for me to watch.

On January 22, the Academy voted to limit its members lifetime voting rights, allowing each new member a 10-year voting status that can only lead to a lifetime status if the member has been active in the industry or has received an Academy Award. The new rule applies to current members, which means that if they've been inactive, they'll no longer hold a vote in the Academy. In short, the move is a polite way of limiting the votes of the old, out of touch white men who make up the majority of Academy members. It's a move toward hopefully diversifying its membership with more women and people of color.

A Latina has not won a major academy award since Rita Moreno in 1961 for West Side Story, and the last person of Asian descent to win an Oscar for Best Actor was Ben Kingsley for his 1982 role in Ghandi.

Good for them. Way to go. But I'm still mad. I am so tired of the Oscars celebrating movies about and for white people only. Why does the Academy believe that stories about American minorities, international stories that take place beyond Europe, LGBTQA+ stories, and stories about real people that real people want to see and watch are the only ones without artistic merit? Why does the Academy think these films and the people behind them do not deserve to be honored?

Obviously, it would be wonderful if every major category had a nominee who was of color. Representation matters, and having actors of color recognized for their work only serves to increase that representation, and legitimize their talents — or so it would seem. Yet a Latina has not won a major academy award since Rita Moreno in 1961 for West Side Story, and the last person of Asian descent to win an Oscar for Best Actor was Ben Kingsley for his 1982 role in Ghandi. Merle Oberon was the first and only woman of Asian decent to take home the Best Actress award in 1935. This lack of representation is only then used to justify the exclusion of people of color from films, which only leads to a gross under representation of the people who populate the world we live in.

Now, take a look at the movies these actors won Oscars for: a re-make of Romeo and Juliet where the battle isn't between the Montague and Capulets, but between a white gang and a Puerto Rican gang in a racially segregated New York City; and a biography of the life of a spiritual and political leader of a major Southeast Asian country. These are ethnic actors portraying roles representing their own ethnicities, telling their own stories, sharing a piece of their own histories. Their performances are emotionally authentic, powerful, and compelling. When actors of color are given ethnically and culturally diverse stories, those stories become epics with award-worthy performances that take your breath away.

However, those stories are far and few between and even when they are excellently rendered, they are hardly ever recognized by the Academy. This is why I am over the Oscars.

When Hollywood does present stories about people of color, actors of color are rarely chosen to perform those in those roles.

Every year, the same stories are told and nominated for Best Picture: an ensemble movie about several white people, mostly white men, being clever and taking on "the establishment" (like The Big Short or Spotlight, or American Hustle in 2014); a period piece, usually about a European immigrant, sentimentalizing "The American Dream" (like Brooklyn or The Imitation Game); or the artsy "controversial" film about some white person overcoming an emotional crisis (Room or Birdman). However legitimate and powerful those stories may be, I am over the Oscars because instead of nominating Creed, Straight Outta Compton, Sicaro, or Tangerine — critically acclaimed movies that deserve more than technical awards or nominations for their white writers — they recognize the same boring white-washed movies they have time and time again.

Growing up poor, Southern, and black, I would've never known college was an option had I not seen its representation in shows like A Different World or movies like Spike Lee's School Daze. I don't know who I would be today if I had not watched Claire Huxtable, a lawyer and a mom, on television when I was a child.

If the Oscars were to step outside of the norm and recognize the deserving and diverse films involving people and narratives of color, more people would watch the show. Which would mean more people would watch the movies (even the movies that do not involve characters that resemble themselves). For actors of color, it would legitimatize their work and worth and help close the wage gaps that exist in Hollywood. And it would give young people of color who want to pursue careers as actors, director, writers, a real chance of success.

But, as John Oliver pointed out in a skit on Last Week Tonight, a skit that made me laugh to stop from crying, when Hollywood does present stories about people of color, actors of color are rarely chosen to perform those roles. Instead, white actors are chosen, citing the lack of box office draw and, let's be real, critical accolades given to actors of color. This is how Hollywood undermines itself, by using the means to justify the end.

I wonder who will be that iconic character that my children look to for inspiration, who my two black boys will idolize and aspire to become.

There are so many other stories, so many other points of view, so many more people in the world that deserve to see themselves on the big screen, and deserve to see themselves celebrated on the little one. Growing up poor, Southern, and black, I would've never known college was an option had I not seen its representation in shows like A Different World or movies like Spike Lee's School Daze. I don't know who I would be today if I had not watched Claire Huxtable, a lawyer and a mom, on television when I was a child. That character influenced an entire generation of black girls to pursue professional and personal dreams like no other character before. Today, I represent her modern equivalent as a mom and lawyer myself.

So I wonder who will be that iconic character that my children look to for inspiration, who my two black boys will idolize and aspire to become. Right now they watch a lot of cartoons, none of which star a black main character even when the character is a talking animal, because the narration is done by white actors whose intonation does not sound like the family members that surround them. I hope that when my boys are old enough to enjoy live-action movies and television that there will be more characters like Finn, and they will see actors like John Boyega praised as a rising star.

I hope the new changes with the Academy means that there will not only be diversity among who votes for the winners and nominees, but that we'll also see a plethora of stories told than have nothing to do with the clever middle-aged white guy who's good at math or who's questioning his privileged state of being. That story has been told and awarded too much. I hope that next year the hashtag will be #OscarsNotSoWhiteAnymore, and my faith in the splendor and magic of the movies will be invigorated. Till then, I'll be keeping my TV turned off.