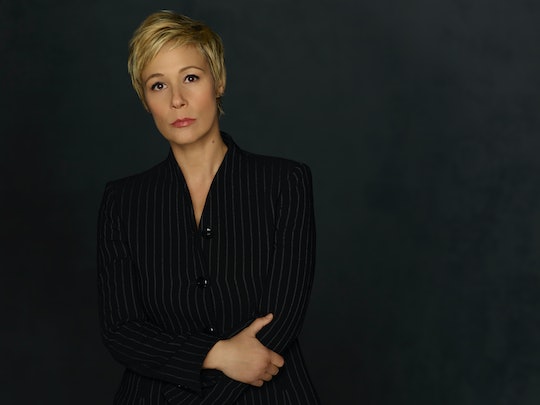 In "Was She Ever Good at Her Job?" Bonnie made a curious decision: she showed up for a meeting at the office of Annalise's therapist Isaac, using a fake name. But why is Bonnie seeing Annalise's therapist on HTGAWM? Her motives are curious, but without more information, it just seems like the pettiest of revenges against her former boss. Bonnie has been losing patience with Annalise for weeks, and now it might finally be boiling over into active vengeance. Or at least some subpar Nancy Drew-ing.

Things have been tense between Bonnie and Annalise since Season 1, but after Annalise cut Bonnie loose from her team (along with everyone else), the animosity has been out of control. They snipe whenever their paths cross, whether in the courtroom or out of it, and they nearly came to blows in a parking garage in Episode 3. But Bonnie's obsession with Annalise increased in Episode 4 as she dealt with the fallout of the Virginia Cross case, going through old court records to find anything that might have stood out as unusual. She claimed to only be doing her job, but Nate called her on the fact that she was once again getting overly invested in Annalise.

It just got worse over the course of the episode as Bonnie became more consumed with figuring out what Annalise's master plan was.

Towards the end of the episode, Nate came to talk to Bonnie about some missing evidence in one of the Cross cases, which was when Bonnie explained her theory: Annalise took down public defender Virginia not to get her clients, but to get her job. Nate was not interested in getting swept up in the Annalise tornado again and warned Bonnie against getting caught up herself, but Bonnie couldn't drop it. Annalise is like an addiction for Bonnie and even though they are no longer working together, Bonnie can't help but get involved.

Shortly after her meeting with Nate, Bonnie showed up at Isaac's door for a session going by the name Julie Barden. It was a name she was still using when she called him a month and a half later in the flash forward. Bonnie is definitely trying to get to the bottom of whatever Annalise is doing, but it seems like there might be some attempt at sabotaging Annalise too. Bonnie wants to expose Annalise's behavior as nefarious in some way, but ultimately, what's the point of all of it?

Perhaps Bonnie wants to get close to Isaac so she can get into his office and go through his files about Annalise. She might find the confession of ill intent that she seems to be looking for, but she also wouldn't be able to use anything she'd learned. Annalise's conversations with her therapist are confidential so Bonnie couldn't use them in any legal situation, though it's always possible she just wants blackmail material.

But even if Bonnie finds out that Annalise was just hungry for Virginia's job, it doesn't seem like something that would make a difference. Virginia missed out on major evidence in a huge case and got caught. She wasn't doing her job, so she got fired; Annalise can't really be blamed for Virginia's bad decisions even if she did secretly want her job.

Bonnie obviously wants to get under Annalise's skin and expose her bad behavior, but the entire plot seems half-baked at best. Bonnie infiltrating Isaac's office with a false identity isn't really doing anything except crossing boundaries and making her look even more obsessed with Annalise than usual. There's always a chance that Bonnie has some other plan up her sleeve, but right now her actions aren't making much sense.