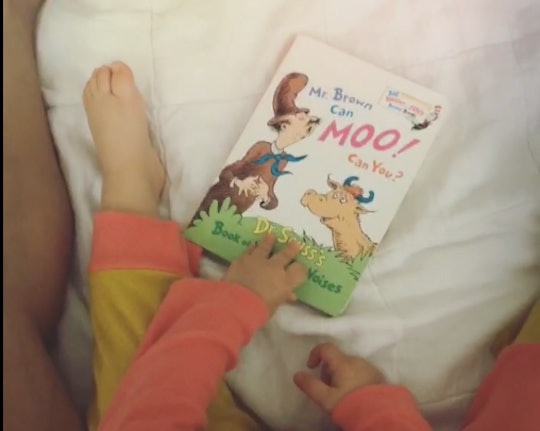 There's A Reason Why Dr. Seuss Is So Important, & It's Not Just Because Of His Rhymes

"My tongue isn't quick or slick, sir. I get all those ticks and clocks, sir, mixed up with the chicks and tocks, sir. I can't do it, Mr. Fox, sir." Those iconic words from Fox In Socks written by Dr. Seuss are as ingrained in my mind as the lullabies my father sang to me as a child. Reading them aloud sounds funny and they sit strangely on the tongue, but the sing-song cadence brands the mind with an indelible tattoo of the Seussian effect. Dr. Seuss is a legendary genius, but what makes Dr. Seuss so important isn't just the melodic quality of his words, or the stickiness of his prose — it is much, much deeper than all of that.

Theodor Seuss Geisel, aka Dr. Seuss, is an American legend. Known to family and friends as "Ted," Seuss wrote and illustrated over 60 books in his lifetime. Born on March 2, 1904 in Springfield, Massachusetts, he was raised by successful New England brewers, and likely would have continued the family business had Prohibition not forced its closure in 1920. Instead, he would graduate from high school and attend Dartmouth, which is where he began his love of artwork and writing, as a journalist in the student paper.

His artistry is a marvel, able to capture the imagination of millions of readers since he published his first book, And to Think That I Saw It on Mulberry Street, published over 80 years ago. Through the ebullient characters, these creatures of Seuss's mind allowed all children to empathize with their plights regardless of race or creed, and Seuss was able to entertain, educate, and elevate the discourse surrounding children's literature. And while he shied away from interviews, preferring to let the work speak for itself, the messages of the books are clear and distinct.

His style of storytelling was a revelation during a period when children's books were often dour, boring stories told simply, designed only to improve the mechanics of the reader, without imparting any love of the act of reading, noted an Emporia State University article by Matthew C. Konzmen. Even magnificent works like A.A. Milne's Winnie The Pooh, published a mere five years prior, did not have the sense of whimsy and silliness that would fuel creative minds and a deep love of the written word for generations to come.

I spoke with Dr. Roni Natov, PhD , Professor of English at Brooklyn College and the author of The Courage to Imagine: The Child Hero In Children's Literature, to understand what makes Seuss so special and such a vital voice in the canon of children's literature. She tells Romper, "He has a serious, sensitive, important message in every book." The way he composes his stories, his illustrations, all have a deeper meaning than what appears on the surface.

"The rhyming, the music of his books, draws children in," and that given the choice, children will usually choose Seuss, Natov says. Reading it with children is an interactive, musical experience. It reifies the adoration of that shared moment in time, allowing children greater access to hidden parts of their own imagination through the Cat in The Hat and Foona Lagoona Baboona.

Anyone with a passing knowledge of The Lorax could tell you that it's about the environment. A copy of the book at my college library actually contained the line "I hear things are just as bad up in Lake Erie." (Later changed when the Ohio Sea Grant program informed Seuss that conditions had vastly improved.) He wrote about harsh, hard topics in a manner in which children could understand. Perhaps the most striking conversation he engaged in his books is that of the message of Oh, The Places You'll Go, which, while frequently given to college grads and those embarking on a new career, is actually about the journey of life, and eventually to whatever lies beyond death, according to his editor.

At his heart, Seuss was an activist and educationalist, driven to create when the world seemed unable to understand the horrors happening all around them. During WWII, Seuss would create as many as five political cartoons in a week for PM Magazine, but many of the caricatures now create significant discomfort with their racialized stereotyping typical of his epoch. That is a fact that cannot be ignored, and it does cause damage to his nearly hagiographic legacy. Ultimately, it up to each parent to decide if his works transcend his own problematic past, or if we view them as separate to his own personal failings.

It is hard to hold in your mind both images of Seuss. Heroes of any sort have flaws, and those of his ilk and of his era tend toward those which we now view as particularly egregious. It is the work of our generation to understand how his message and influence over the span of more than three-quarters of a century might deserve further examination.

What makes Dr. Seuss so important, and his legacy such an exceptional distinction in the American canon, is not only in his meanings and dialogue, but how he was so vehement in defending it. He was famous for trashing poorly designed toys based on his characters, and almost never allowing their rights to be used in any licensing agreement. At one point, an anti-choice group would find use of the famous line from Horton Hears A Who, "A person's a person, no matter how small." Incensed that his words would be twisted to a political purpose, Seuss would direct his attorneys to force the group to issue a retraction, and they quickly complied.

Seuss, in his life, works, and legacy, inspires us all to have harder conversations that mean more and hold more gravity, while still allowing for a lightness of being. A rhyming couplet might not work for advanced political negotiations, but those who learned the lessons from those poetic missives are certainly better equipped for it. What history will continue to write about the man himself remains to be seen in the ebb and flow of discourse, but I have little doubt that the works themselves will continue to live on.