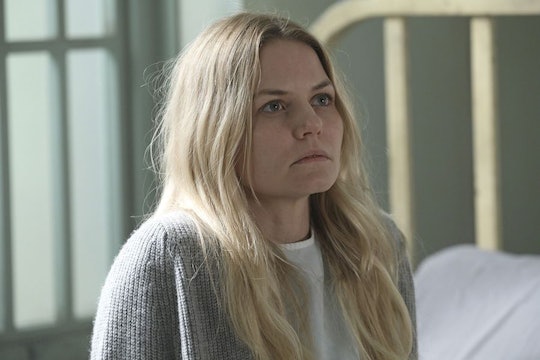 Jennifer Morrison broke the hearts of many Once Upon a Time fans when she announced on May 8 that, if there is a Season 7 of the fairytale drama, she won't be returning as a series regular. Morrison, who plays Storybrooke's Savior, Emma Swan, has been on the show since the very beginning. Fans have watched her go from an unbelieving private investigator to the magic-wielding Savior she is today. So why is Morrison leaving Once Upon a Time? It was just the right time for her to say goodbye to the show.

As Morrison explained in an interview with Deadline, she's been working hard for 13 years. "I spent six years on House, a year on How I Met Your Mother, and spent six years on Once Upon a Time," she stated. "Collectively that's 13 years of network schedule, which is an amazing and incredible gift but it's a grueling schedule."

Though Morrison would be happy to return to OUAT occasionally and reprise her role, she doesn't want to be committed to such a rigorous schedule any longer. In her announcement about her departure from the show, Morrison did promise she'll be in at least one more episode if there is a Season 7 of the show and she'll "certainly continue to watch." Besides that though, she's ready to move on to other things. "I've been transitioning into doing more directing," she said about her future plans in the same Deadline interview. So it seems she's already venturing off into new and exciting adventures — she like Emma Swan would want.

Morrison's feature directing debut, Sun Dogs, is now headed to the festival circuit. Morrison is also currently in rehearsals for The End of Longing, an Off-Broadway play written by and also starring Friends' Matthew Perry.

Besides looking for a change in her career, Morrison also just wants more free time to enjoy her life. "I'm just at an age and a time in my life where I want to be home," she told Deadline. "I want to be with my family and my friends, to have a chance to have a personal life for a while, and also wanted to be available to do other creative things." She also told Entertainment Tonight prior to the announcement that she's looking to "find some balance in my life," so this will certainly allow her to do just that.

Though Morrison's reasoning is totally understandable, fans will still miss seeing her as Emma Swan if the show does continue on without her. One thing's for sure — it'll definitely be hard to say goodbye.