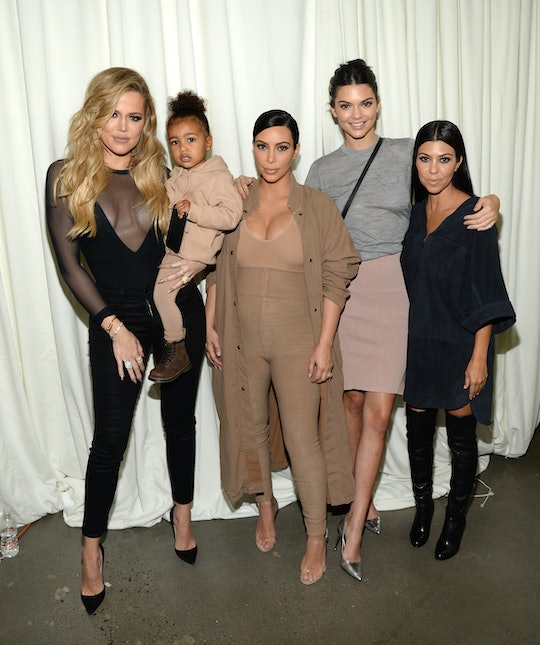 After more than a decade, many spin-off shows, and countless memeable moments later, the Kardashians announced that they will no longer film their family's long-running reality series on E!. But, after 14 years and 20 seasons, why exactly is Keeping Up With The Kardashians ending?

On Tuesday, the Kardashian family announced in a statement on social media that they have made the decision to stop filming KUWTK. "After what will be 14 years, 20 seasons, hundreds of episodes, and several spin-off shows, we have decided as a family to end this very special journey," their statement read. "We are beyond grateful to all of you who've watched us for all these years — through the good times, the bad times, the happiness, the tears, and the many relationships and children. We'll forever cherish these memories and countless people we've met along the way."

As for why they're closing this chapter of their lives, it seems it came down to difficulties with scheduling for some many people and everybody simply being ready to focus on other priorities and ventures. In fact, a source close to the family told Entertainment Tonight that ending the show was a "mutual decision" made between the siblings. "There was no big reason why the family decided to end KUWTK; it was a mutual decision," the source told the news outlet. "The kids who started the show now have their own kids and it's getting very hard to film all together or get enough footage separately."

While some may have been very surprised to hear the end of KUWTK is near, others probably saw it coming. For quite some time now, Kourtney Kardashian has been vocal about her desire to leave the reality show. In July, for instance, she told Vogue Arabia that she was ready to have some kind of privacy back in her life again after filming the show "non-stop" for 14 years. "Privacy is something I have come to value and finding that balance of private moments with being on a reality show is hard," she told the magazine.

While Kourtney had previously expressed her desire for more privacy, Kris Jenner said in a 2017 interview with Variety that they "wouldn't be doing" the show if they weren't truly passionate about it. "There are so many wonderful milestones that we've been able to share with the viewers and our fans," she told the news outlet. "It's kind of fascinating. It's something that we're very comfortable with and we're used to."

In a statement posted to social media this week, Kris thanked fans for being there for her family over the past 14 years and sticking with them on their journey. "We will be forever in debt to everyone who played a role in shaping our careers and changing our lives forever," she said. "Thank you for joining us on this crazy ride!!"

But the beloved reality show isn't going anywhere just yet. Season 19 of Keeping Up With The Kardashians will premiere on E! on Thursday, Sept. 19 and the last and final season will air sometime in 2021.