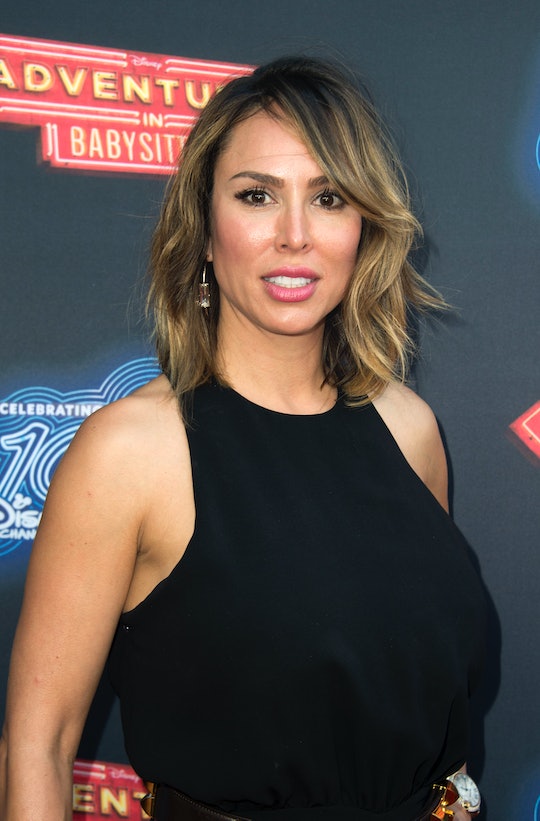 Kelly Dodd's Marriage Is Coming To An End

This has been a very tumultuous season for the women on the Real Housewives of Orange County and apparently things are just as dramatic off screen as well. Although Kelly and Michael seemed to have been getting along as of late, they're apparently splitting up. So why is Kelly Dodd divorcing her husband Michael anyway? Sometimes love just isn't enough.

During a recent interview with DailyMail.com, Kelly the RHOC star spoke about the matter and thought it boiled down to a pretty simple factor. "We aren't good together. Maybe we'll be better to each other when we are divorced and are friends," she stated. "But right now we are both miserable and it's not good for either one of us, let alone our daughter. Over the past several years we've had our ups and downs, and lately it's been mostly downs."

She added that this is a problem that they've had not just recently, but for years. "We've had problems for years and I've had enough. I'm done with our marriage," Kelly remarked in the same interview. "It's just a case where two people can't get along. It's best if we went our separate ways and concentrate on our daughter." Kelly, 42 years old, reiterated that after 11 years, her marriage is really over this time.

Fans might remember that Kelly filed for divorce back in 2012, too, but she and Michael ended up reconciling. So maybe this time it's for good.

She told DailyMail.com, "I filed for divorce against Michael in 2012 and we never had any resolution. The case was just sitting there." Kelly added that she was planning on asking her attorney for a bifurcated divorce, which means a couple can legally divorce as soon as possible, even before working out all of the minor details. Kelly said, "I want out of my marriage as soon as possible. We can figure out the financials of our divorce down the road."

This season, Kelly and Michael seemed to be getting along more than they did in previous seasons. The last fans saw of them just before her interview with DailyMail.com, Michael had escorted Kelly to her breast reduction surgery and played a pretty good nurse.

He helped ease her anxiety about the surgery, made sure she was getting her meds while Vicki and Shannon visited her, and even gushed to the nurse while his wife was knocked out about how beautiful she was, despite being doped up on pain meds after surgery.

But apparently, not much has changed between the couple. Kelly said in a one-on-one interview during last week's episode, while explaining the past tensions between her and Shannon, that she was "unhappy" in her marriage. Kelly said, "My marriage isn’t that great either and I get really angry and it comes out in bad ways too.” For Kelly, that was a pretty self-aware thing to say, even if it still was a dig at Shannon and David's strained relationship.

According to Radar Online, the police were called to the couple's Newport Beach, California home six times in three days this July in response to "keep the peace" calls. Overall, the police have gone out to their home 11 times this year, responding to similar calls. In 2014, Michael got a restraining order against his wife, although it was later dismissed.

Kelly has never been shy about how rocky her relationship with Michael can be on the show. Back in 2016, she even went so far as to compare Michael to Hitler.

Hopefully, Kelly and Michael can find some way to live peacefully together, if only for their 11-year-old daughter, Jolie. Marriage is hard on the whole family sometimes.